U.S. families rally to demand more from their public schools 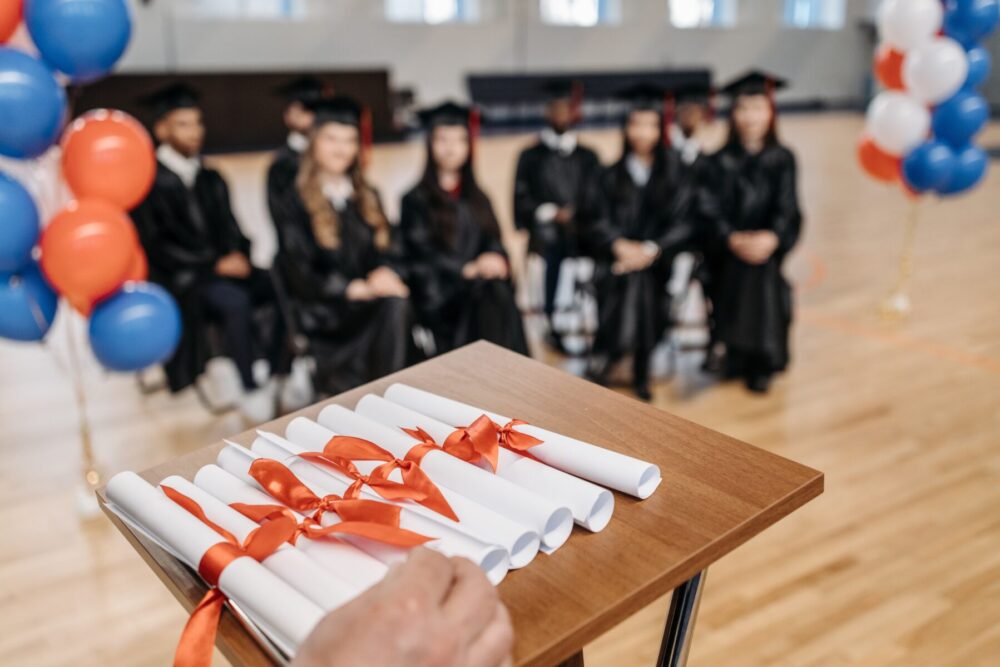 “Public education is facing a crisis of epic proportions.” Laura Meckler titled an article published in The Washington Post last month with this forceful statement. Meckler alluded to a series of indicators: enrollment is down, violent incidents and absenteeism are on the rise, scores are dropping, there’s a shortage of teachers, and more and more parents are coming to schools to complain, sometimes angrily.

In reality, among these factors, it’s hard to tell causes from consequences. On the other hand, some are the result of recent circumstances, such as the pandemic, and others are due to what we’d call systemic problems, that cannot be solved solely through schools, such as social inequality or urban segregation. In any case, the response its provoking among many families in recent months is significant, making it seem like some sort of “historical moment” or “awakening”.

The complaints basically reference three aspects: the poor response of many public schools to the pandemic –and the causes of these responses–, the perception that woke ideology has infiltrated classrooms without parental consent, and the complaint that not everything is being done to improve academic performance, which has been declining for years.

The pandemic, bureaucracy and unions

School closures due to covid-19 put the flexibility and operability of every school to the test. But the starting point was definitely not the same for every institution. In general, schools in poorer areas had to face the important obstacle of many students lacking access to electronic devices or a stable internet connection to allow them to follow online classes. However, even comparing schools with similar socioeconomic demographics, the public ones performed worse than, for example, charter schools, which are also free but run much more independently.

In the United States, the introduction of “woke” content in lesson plans has caused bitter controversy

Something similar seems to have happened in Spain. According to a recent report on secondary school students in the Basque Country, students in public schools experienced significantly greater academic stagnation than those in private schools during the pandemic and post-pandemic, even after adjusting for socioeconomic factors.

However, the main reason for complaint among dissatisfied American families has more to do with how long remote learning has been dragged out than with its consequences. Specifically, many families consider that the teachers’ unions, by demanding unrealistic safety measures for returning to the classroom, have put their own interests above those of students. In some cases, it was only because of pressure from parents that in-person classes resumed.

On the other hand, they complain that the excessive bureaucratization of the public school system has hampered the development of initiatives in centers that could have reacted more quickly.

Another source of discontent among many parents who have kids in public schools is the indoctrination in woke ideology that, in their opinion, their children are receiving.

The matter is quite controversial in itself: those who believe this to be the case consider that their fundamental right to educate their children according to their own values is being violated; while, on the other hand, these families are accused of hindering the school’s duty to encourage students’ critical judgment, and some conservative groups have been accused of being the ones doing the warping.

But, beyond the dialectical clash, there have been disproportionate actions on both sides that have further inflamed the confrontation. Some parents have tried to boycott – sometimes successfully –different school board meetings. In some cases, there have even been arrests for threatening behavior.

But the other side hasn’t contributed to calming the debate either, rather, quite the opposite has been done. Late last year, a letter from the National School Boards Association to President Biden was leaked. In it, the term “domestic terrorism” was used to refer to the aggressive actions of several families. On the other hand, in the last Virginia elections, the Democratic contender declared that parents “should not tell schools what they should teach”, referring to content related to woke ideology. This phrase, reminiscent of that of Spain’s former Minister of Education (i.e., that “children do not belong to the parents”), enraged many families and, according to analysts, was decisive in the candidate losing the elections in a traditionally Democratic state.

According to a report, private schools in the Basque Country have responded better to the health emergency due to their greater autonomy and the need to keep families content

In this way, the conflict over woke ideology, or other content related to values, has become increasingly bitter. Therefore, any conciliatory attempts are appreciated. For example, in a recent article, one public school teacher in Arizona defended the so-called “curricular transparency laws”, which require teachers to publish the content taught in class. According to her, schools have to encourage critical thinking in students, and this can only be achieved by exposing them to different theories, sometimes contradictory ones. However, “in the face of growing polarization in curricula, and in the face of growing parental alarm – often rightly so – about content, it behooves us to put some kind of safeguard on these debates. Parents deserve to know what their children are listening to, discussing and learning at school, where they spend half the day and oftentimes even longer.”

In the study on Basque public and private schools’ performance during the pandemic, the authors formulated three possible causes for the phenomenon: the latter’s greater sense of urgency, a consequence of having the students’ families’ spending in mind; their greater degree of autonomy, which allowed them to respond more agilely; and that they had more preparation regarding the use of digital tools.

While the first two factors refer to the internal functioning of the schools –although in some way they’re also conditioned by external elements–, the third points to the difference in resources between some schools and others. In the U.S., there’s great debate surrounding public schools’ funding, which many consider insufficient, and which translates to teacher shortages.

In reality, as some analysts have commented, there are differences in resources not only between private and public centers, but also within the latter. In part, the gap can be explained by residential segregation. Most funding in public schools comes from taxes collected at the local level, and specifically from property taxes. This means that those located in wealthy neighborhoods, where more is collected under this concept, enjoy more resources, even though later the funds provided by state and federal authorities try to compensate for inequalities. To alleviate the problem, several reforms have been approved within this funding framework in recent decades, but their effects have not yet equaled out the funds, and the successive economic crises of recent years have dried up government resources.

However, other experts point out that the public schools’ poor performance and the increasingly worse environment is not due solely, or even mainly, to economic factors.

Can it be fixed?

In this sense, there’s been talk of the need to improve discipline and cultivate an environment of high academic expectations, and to this end reinforce teachers’ authority; to make the hiring and firing of new teachers more flexible, like it is in charter schools; to consolidate a solid curriculum focused on fundamental skills, and specifically, to increase the amount of class time dedicated to language instruction, the Achilles’ heel of disadvantaged students; to offer more freedom to parents in choosing a center for their child; or to force schools to offer transparent data that allows people to see the relative performance –according to previous years– of each center, and of each teacher in particular. Some of these measures, which are considered anathema by part of the left and teachers’ unions, were demanded a few weeks ago by two senior officials of the Progressive Policy Institute, a think-tank traditionally associated with the Democratic Party.