Self-optimize and you’ll be happy… or not 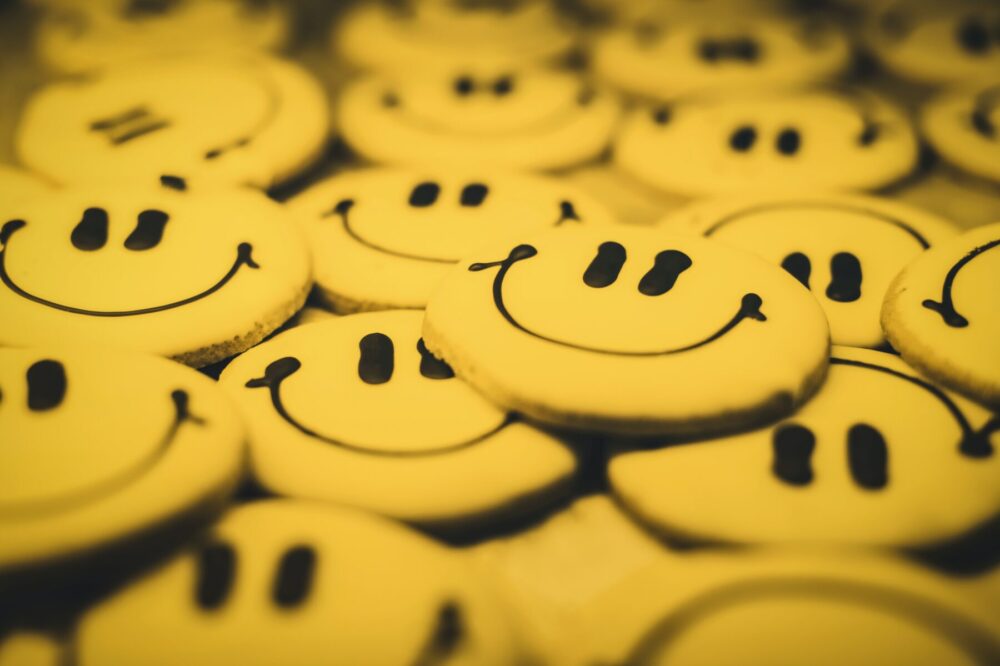 With each passing year, the amount of money in the personal development industries – nutrition, coaching, mindfulness – is increasing, with growth that is not expected to decrease in the near future. It would be good news if the self-improvement industry’s growth was linked to an improvement in people’s well-being and happiness. But according to recent data, the consumption of anxiety-reducing drugs and calming drugs is also on an upward trend. Something’s not right.

Track your progress, count your steps, record the amount of sleep you get, tweak your diet, watch your negative thoughts, write them down. Then analyze, change, repeat. And you’ll be happy.

Despite being quite static guidelines, more apt for commanding a robot than for achieving a human’s life goals, books and online talks are flooded with these sorts of recommendations, designed to “help” oneself. A magic recipe that, if applied correctly in the recommended doses, allows you to get rid of any discomfort –whether personal or work-related-, increase your productivity and, above all, be happy.

According to a report by Grand View Research, the global personal development market size is projected to reach $56.66 billion by 2027, with an annual growth rate of 5.1% between 2020 and 2027. Furthermore, Market Research shows millennials are the demographic that’s consuming the most of this type of cultural product. The data, however, does not go hand in hand with their moods improving.

Rather, the complete opposite has been true. Spain and Portugal lead the OECD’s list –according to 2020 data– as the countries with the highest consumption of anxiety-reducing and calming drugs. A consumption that, furthermore, begins at an increasingly early age. According to the ESTUDES 2021 report, when it comes to most-used medications among Spanish adolescents, calming drugs rank fourth. But this trend is not exclusively Spanish, nor is it a phenomenon of the last 15 years. Although comparison between countries is difficult because of different health systems and the quite peculiar data collected, in the rest of the West there’s also been an upward trend in the consumption of these narcotics across every age range. Just look at the opioid epidemic in the US or the increases in daily doses in recent years in several European countries, such as Croatia or Greece, to see we’re facing a widespread problem.

What’s most striking about this increase is that it’s parallel to the rise of industries that promise consumers a miracle drug to achieve happiness and well-being, presenting us with an increasingly self-optimizing culture as the answer for everything. Improve myself. Me.

Alexandra Schwartz writes in The New Yorker that self-help advice and speeches tend to reflect the beliefs and priorities of the times, but looking back at their evolution over the years—from “No pain, no gain” to “if you think positive, you’ll attract what’s positive”–, it’s not difficult to see a common denominator: the individual, center stage, protagonist behind it all.

The culture of self-help harbors an individualistic discourse that, moreover, is mainly consumerist, according to Edgar Cabanas

“The happiness spiel is me, me, me. How I manage myself, how I can get what I want, how I develop my goals, how I achieve my objectives. An egotistical and narcissistic monologue, entirely focused on oneself”, says Edgar Cabanas, psychologist and co-author of Happycracia (2018) and co-author of Real Life in Times of Happiness. A Critique of Positive Psychology (and Ideology) (2022). According to Cabanas, the self-help culture harbors an individualistic discourse that, moreover, is mainly consumerist. “Happiness is, today, a consumer good, and not just any consumer good. It’s the flagship product that an entire industry claims to offer us.” For example, through experiences, which has become very popular. “But also, with more immaterial goods, such as identities, health, emotions,” explains Cabanas.

If the first half of the 20th century was characterized by the cult of the body, the second half was characterized by a growing interest in the enigmas of the brain and mind. Now, in the 21st century, mental health and well-being have become central issues, of recognized importance and to which more and more resources and hours are devoted. However, this interest can quickly become obsessive. And when these two tendencies come together, the cult of the body and the cult of the mind, the contemporary individual easily enters into an endless need to understand himself and to improve, to self-optimize. Why? Largely because we’re looking for happiness. But in reality, this translates into continuous stress, which ends up overwhelming us. That’s to say, it’s a help mechanism that, at a certain point, starts to hurt us.

“Perfectionism will always make us unwell. It makes us live life hyperalert with sky-high cortisol levels,” Isabel Rojas Estapé, a psychologist at the Spanish Institute for Psychiatric Research in Madrid, told Aceprensa. “A lot of cortisol sustained over a period of time causes us to feel down.” And it’s during these slumps that we reach for self-help. Are you stressed at work? Use this meditation app. Don’t sleep well? Try this natural herbal spray. Cook these micronutrients like this, write letters of gratitude, search within yourself for the answer. It is up to you to be the best version of yourself. But happiness plays hard. And we try again to empower ourselves, to be perfect. And we fall into a new slump. And we use the spray. And happiness still isn’t coming. Shouldn’t this make us happy? Shouldn’t this be the solution?

A meme isn’t just a meme, or so some cultural analysts say. It can be the thermostat that measures the well-being and concerns of the times. If millennials are the biggest consumers of the personal growth industry, they are also the ones waking up disenchanted and apathic because there’s no self-help recipe to fix everything. Just look at the explosion of memes with ironic and pessimistic tones to understand that this is the new form of online resistance that they pose against the generalized discourse of easy positivism. But this self-pity may not be the solution to general apathy and reluctance.

Volunteering is one of the fastest ways to feel happiness, Isabel Rojas Estapé says

According to María Elvira Roca Barea, “it’s stupid to think that comfort, decisions concerning food and safety are the ingredients for happy people”. In her recent interview published in Aceprensa, Roca Barea comments that “human beings are made for facing difficulties, and they’re more virtuous and happier overcoming them.” Not only when we ourselves suffer, but also in understanding the suffering of others reduces our impassivity, that curse the modern man suffers from and that is considerably present among young people.

As Isabel Rojas tells us, volunteering is one of the fastest ways to feel happiness, “because getting outside oneself, helping, is when we feel best.” Self-imposed perfectionism raises our cortisol levels; aid redirected outwards, on the other hand, releases serotonin, the hormone of happiness.

The World Happiness Report 2022 published in March of this year also reaches this conclusion: there was an uptick in happiness among last year’s survey respondents– “a light in dark times” – thanks to the increase in benevolence and social support, emphasizing the importance “and the ability of individuals to support one another in times of great need.” That’s why Rojas recommends getting involved in volunteer work as soon as possible, even as children. “I recommend that parents sign up their kids from the age of twelve to some type of volunteering. Being with vulnerable people helps cure your apathy.”

That is to say, perhaps, in the midst of so much narcissistic discourse, happiness is not exclusively within ourselves, as they’d have us believe, but rather, it’s largely outside of us. In the people around us.