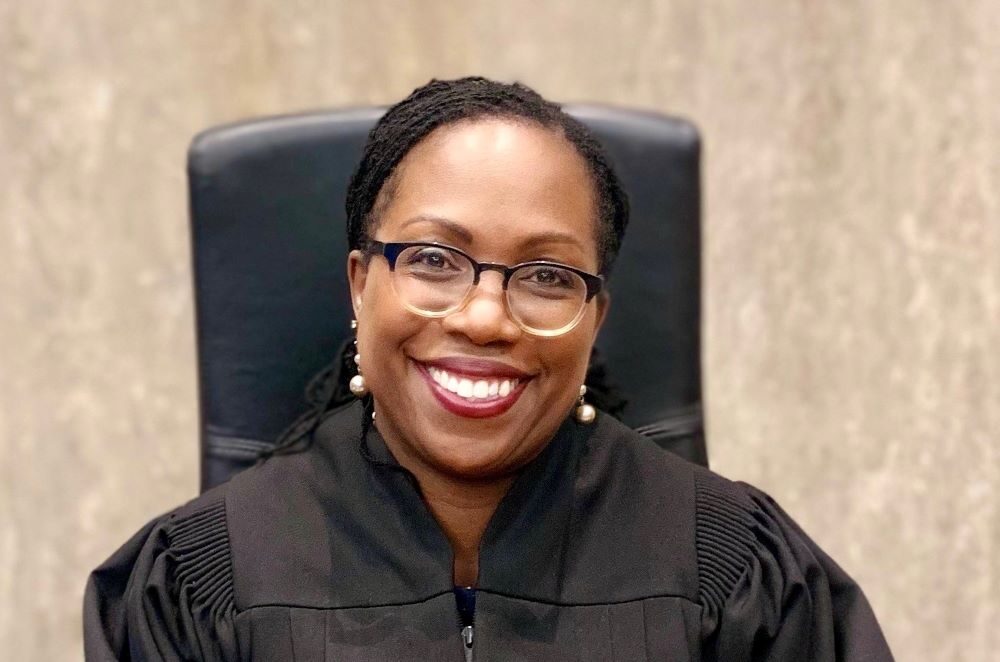 The confirmation process of Judge Ketanji Brown Jackson, Joe Biden’s nominee to the Supreme Court of the United States, has once again highlighted some of the ongoing main issues of dispute between Republicans and Democrats.

Jackson, married and mother of two, knows the judicial system from a number of different angles. She began her career as a law clerk working under three judges, including Supreme Court Justice Stephen Breyer, who is retiring at 83 and whose vacancy she would fill if confirmed. She later worked in several law firms and practiced as a federal public defender. She served as vice president of the U.S. Sentencing Commission, and nine years as a federal judge: since 2013, on the U.S. District Court for the District of Columbia; and from 2021, on U.S. Court of Appeals for the D.C. Circuit.

At a time when systemic racism in the country is very much a point of discussion, the media, both that with left- and right-leaning partisan slants, has not stopped highlighting that Jackson would be the first black woman on the Supreme Court. The Senate committee vote could be held this week and, foreseeably, Jackson will have a majority similar to that obtained in 2020 by Trump’s nominee, Amy Coney Barrett, another woman who made history (the first mother of seven to sit on the Supreme Court). The difference is that Barrett was not voted for by any Democratic senator, and Jackson is expected to be supported by three Republicans.

Like recent Supreme Court nominees, Jackson has faced two kinds of scrutiny. The first, regarding her judicial philosophy. Will she interpret the Constitution and its amendments according to the meaning that the words had at the time they were enacted, as originalism advocates for? Or will she rule under the consideration that Supreme Court justices are meant to interpret the Constitution with the social changes of our times in mind, without the need to go through Congress first, as living constitutionalism calls for? They’re not the only possible theories, but they are the most widespread.

The second area of scrutiny concerns Jackson’s impartiality: in theory, whether she has it is political, philosophical, moral or religious convictions is not cause for dispute –one must assume that she does, like everyone else– but rather whether she is qualified to interpret and apply the Constitution, its amendments and federal laws uninfluenced by these personal convictions.

The Constitution and other factors

Currently, originalism is the position defended by the conservative judicial establishment, from which Republican presidents draw their nominees. And vice versa: there’s a clear harmony between living constitutionalism and the left. This explains why the Supreme Court vacancies are not unrelated to politics.

What judicial philosophy does Jackson point towards? It is not clear. She often says that, more than a philosophy, she has a “methodology”. During the confirmation hearings before the Senate Judiciary Committee, Jackson was very cautious with her words, as is expected in this type of processes. On the one hand, she distanced herself from living constitutionalism, if by such is meant –she said– infusing the Constitution with one’s own points of view “or the policy perspective of the day”. On the other hand, she defended the need to start from the “original public meaning of the words” of the constitutional text, although she understands that the interpretation does not stop there. In the confirmation process for a previous position, she said that other factors must also be taken into account: the arguments of the parties, the facts of the case before her and the applicable law.

To what extent did she show her vision? The interesting thing is that the question is also being asked by the left-wing media, which are the ones that support her. Jeffrey Toobin, chief legal analyst at CNN, says: “It’s not clear that Jackson’s embrace of conservative language is anything more than rhetorical.” In Slate Magazine, Mark Joseph Stern, a court reporter in Washington, DC, writes: “I think her rhetoric in support of originalism and textualism was basically sincere but also canny and calculated (…) But the truth is that today, every judge relies on originalism and textualism sometimes—the question is when and how they apply these theories.”

When it comes to the ideological balance of the court, this time there’s less at stake

Prejudged for her convictions

And what about Jackson’s ideological roadmap? If conservative candidates are usually scrutinized for their position on abortion, church-state relations and business deregulation, Biden’s nominee has been mainly scrutinized on three issues that are today at the forefront of the American public debate: critical race theory (CRT), the notion of biological sex, and concern for law and order.

During the past few days, several conservative media outlets like Fox News and The Federalist have drawn attention to the fact that Jackson is part of the board of directors of a private school that promotes CRT as a tool to fight racism and other forms of discrimination.” They have also reproached her for praising the 1619 Project, a New York Times long-form journalism endeavor aimed at reframing the country’s history by placing the idea that slavery and racism are the original sins of American society from which it must be redeemed.

When asked about CRT in the Senate, Jackson was unequivocal: “I’ve never studied critical race theory, and I’ve never used it. It doesn’t come up in the work that I do as a judge.”

She was more evasive when asked if she could give a definition for the word “woman”. The candidate herself replied: “No, I can’t. (…) I’m not a biologist”.

The answer wasn’t convincing to those who hold it against her that she had no problem resorting to the word “woman” in other cases, such as when she defended in senate hearings the need to respect the Supreme Court’s precedents in relation to the “right to terminate a woman’s pregnancy” (Roe v. Wade and Planned Parenthood v. Casey).

Both the conservative media and Republican senators could argue that they have a legitimate interest in how Judge Jackson would apply the law in cases involving these issues. But, in the end, they’ve fallen into the same mistake that they previously blamed Democrats of making: prejudging a Supreme Court candidate based on her convictions and insinuating that a person with her ideals is not qualified to apply the law impartially. The same suspicion fell on Barrett, whom Democratic senators and the left-wing media tried to discredit for her anti-abortion stance.

A separate issue facing intense scrutiny by Republican senators is whether or not Jackson had been too soft on convicted felons. Detecting a possible pattern in criminal law enforcement does appear to be an issue for Senate confirmation hearings. But here too we should separate the debate on sentence reduction and that concerning one’s ability to be impartial.

When it comes to the ideological balance of the court, this time there’s less at stake. Jackson would occupy the seat of Justice Breyer, one of three judges considered “progressive” to date.

The other six Supreme Court justices are considered “conservatives.” But, when it comes to the moment of truth, this classification is artificial and can give surprises. Professor Rafael Navarro-Valls recalls this in his recent book “From the White House to the Holy See”, with a quote from President Harry S. Truman, who came to appoint four Supreme Court justices: “It is impossible to handcuff the Supreme Court: I’ve tried and haven’t succeeded.”

In any case, Jackson’s vacancy is not as decisive as the three filled by Trump’s nominees were:

— In 2020, Barrett succeeded “progressive” Ruth Bader Ginsburg, with 52 votes in favor and 48 against.

— In 2018, Brett Kavanaugh replaced, with 50 votes to 48, the so-called “pendulum judge” Anthony Kennedy in one of the most turbulent confirmation processes to date.

— And in 2017, Neil Gorsuch (54-45) replaced Antonin Scalia, an originalist through and through. Democrats consider it to be a “stolen seat,” since when Scalia died, nine months before the 2016 presidential election, it corresponded to Barack Obama to propose a nominee. But Republicans refused to open the confirmation process, saying it was inappropriate to do so in an election year. Then Trump won and, a few months later, he nominated Gorsuch.

With this context in mind, it’s understandable why both parties are in combat mode. Although in the past there were also very close confirmation processes –Robert Bork didn’t make the cut; Clarence Thomas did but only by the skin of his teeth (52-48)–, the lack of consensus around the latest nominees contrasts with the broad bipartisan support obtained by the justices who’ve been leaving the court in recent years due to death or retirement: Scalia ( 98-0), Kennedy (97-0), Ginzburg (96-3), Breyer (87-9)…