Equity in the classroom and freedom for families: a “win-win” situation 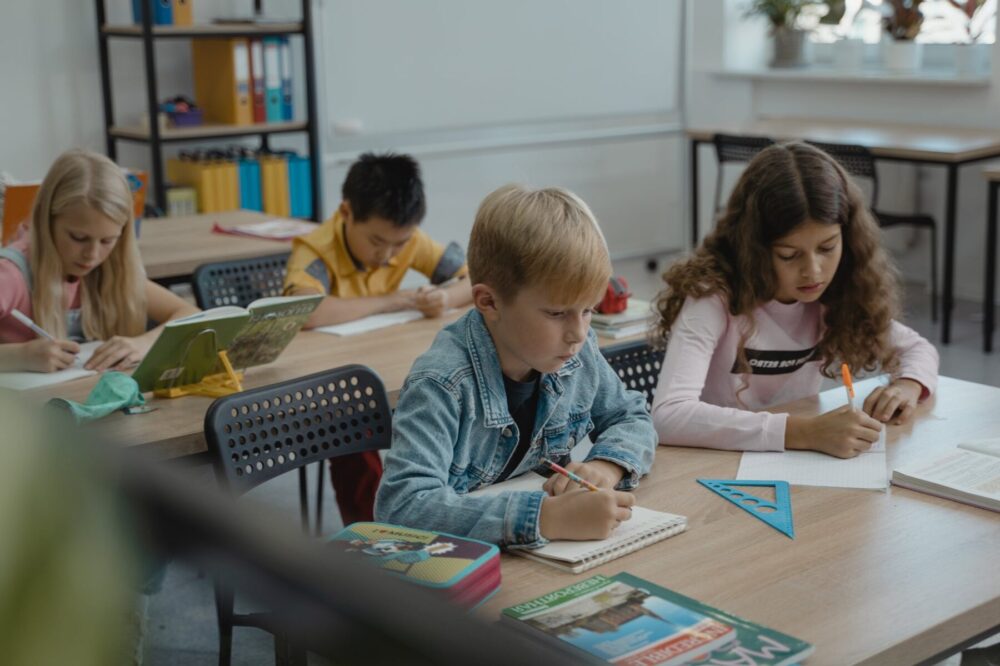 For ten years, a county in North Carolina implemented a student reassignment policy aimed to tackle ghettoization in schools where the concentration of the most disadvantaged students was the highest. Certain families were reassigned, though they were free to opt out. Despite the program being suspended a decade ago, a recent report underscores its success, both socially and academically, and could serve as a roadmap beyond North Carolina.

Since the U.S. Supreme Court’s 1954 Brown vs. Board of Education ruling that separating children in schools based on race was an impediment to equal opportunities, and therefore was unconstitutional, the U.S. education system has looked for ways to prevent segregation in classrooms.

In the 1960s and 70s, integration was understood primarily in terms of race. The most emblematic policy of the times was the so-called busing: transporting Black students in buses to white-majority schools. However, in subsequent decades the measure lost popular support, and in the 1990s a series of rulings severely limited its practice.

On the other hand, it became increasingly clear that racial segregation was almost always linked to socioeconomic status (the areas where racial minorities were concentrated were also the most depressed). Approaching integration from this angle reduced the number of legal obstacles. Hence, in many areas, the authorities focused their efforts on eliminating educational ghettos.

One of the counties that embraced this new approach was North Carolina’s most populous Wake County. Between 2000 and 2010, the school district implemented a student reassignment system with the goal of improving school diversity in the most segregated areas.

To do so, North Carolina’s Wake Public School System divided the student population into small groups or nodes (no more than 150 students) based on geographic residency, which guaranteed a certain homogeneity in terms of living standards within nodes. Each node was assigned a public “base” school. In general, the main criterion was proximity to the schools. However, the district reserved the right to reassign a node to another school if it felt that doing so was conducive to increasing diversity. Any base school reassignment of a node affected all the students in the same grade within the node.

Thus, low-income students were sent to schools with students of higher socioeconomic status, and vice versa. The goal was that no school’s enrollment would exceed 40% socioeconomically disadvantaged students (or those in need of free lunch programs) or 25% below grade-level students. Given Wake County’s extremely patchy socioeconomic makeup (high and low income areas intersect throughout the entire county), in general, base school reassignments rarely implied much of an increase in the distance to school from students’ homes.

To desegregate the schools, the program proposed reassigning almost a quarter of the students, and 70% of them accepted

Another variable that facilitated student movement was that, in the ten years that the program was in place, a number of new schools were built, a necessary measure to respond to the county’s surge in population growth (it went from 100,000 students to more than 140,000). The new institutions, located in residential areas of medium to high income levels, offered a fantastic opportunity to diversify student bodies.

In total, over the decade it was in effect, the program proposed reassignment to nearly a quarter of the county’s entire student population. However, in order not to infringe on parents’ right to choose their child’s school, reassignments weren’t mandatory. If they didn’t want their child to attend their new base school, the family of the reassigned student could choose from a menu of school choices, which included –in addition to standard public schools- a good number of magnet and year-round public schools. In total, these “other” schools, which were free like the rest of the standard public schools, accounted for a quarter of the total number. Of course, parents could also opt for a private school. However, the vast majority of reassigned students – just over 70% – attended their new base schools.

The authors of the report analyzed the evolution of the students that had been proposed a change, regardless of whether they accepted the reassignment or not. For each student, data was obtained for a period of six years: the three prior to the reassignment proposal and the three following. By doing so, the results of the reassigned group (those who attended their new base school) could be compared with those of the control group (those who opted out of being reassigned), taking into account their previous academic trajectories.

Despite the concerns that the project raised (fundamentally, that the changes would negatively affect the performance of the reassigned students as well as their emotional well-being), the results were positive. On the one hand, the direct objective of the initiative was achieved: the concentration of students of the same socioeconomic profile decreased significantly. On the other hand, reassignment not only had a neutral effect on the relocated students’ grades; a slight improvement was observed in their math and reading achievement, especially from the second year after the reassignment.

Regarding non-academic aspects, the two factors analyzed – absenteeism (missing more than 5% of classes in an academic year) and disciplinary incidents – didn’t worsen with reassignment either. What’s more, the latter actually improved significantly, with 20% fewer incidents reported among students who switched schools compared to during their trajectories prior to reassignment.

The “controlled choice” approach offers different options to families within the public-school system, with a posteriori state intervention to correct unbalanced results where needed

In addition, these positive effects were practically the same for students across racial groups, nodes of all socioeconomic levels and schools (not only renovated ones where improved facilities might have been cause for greater enthusiasm among families).

On the other hand, students who, faced with a base school reassignment, opted to attend a magnet or charter school instead, also benefited, and approximately to the same extent as those in the control group, (more so, in fact, in terms of absenteeism).

Thus, it can be said that this anti-segregation initiative was a win-win: it was positive both for the families who accepted the reassignment proposal as well as for those who opted out. In spite of everything, after the county’s school board elections in 2010 (which had had a Republican majority until then), the program was suspended.

However, the recently published study may revive interest in this type of so-called “controlled choice” policy, whereby educational authorities offer an array of alternatives to families within the public sector, and intervene a posteriori to correct imbalanced results, without infringing on parents’ freedom.

In Spain, although socioeconomic segregation in classrooms is lower than average according to most indicators, these policies could be applied both within the public school system as well as charter schools, since segregation exists in schools in both realms. However, to do so, public funding for all of these schools should be equalized, and the geographic criteria which determines student spot allocation should be relaxed. Unfortunately, the latest education law goes the opposite way on both issues.