The three keys to the cities of the future 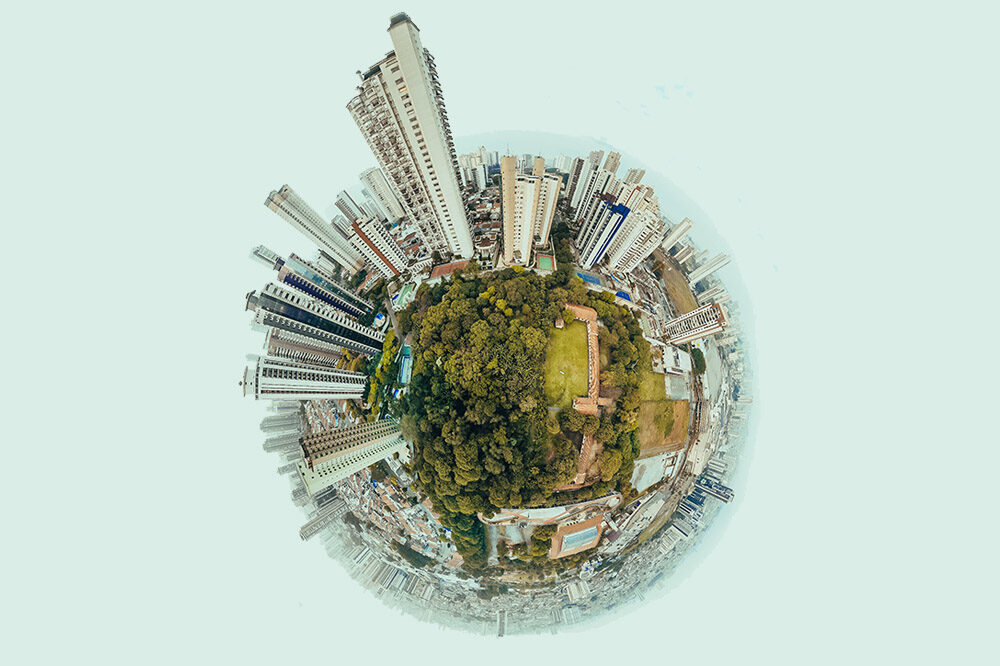 Are you among those who believe that in the future surface parking lots will be no more? Or that the way we live in cities will look different from today? These questions and others were debated at the VI International Congress “The City We Want”, organized by the “Fundación Arquitectura y Sociedad” (Pamplona, 8-10 September).

Over the course of the congress, experts from different fields participated: urban planners, architects, sociologists, politicians and economists, with the aim of identifying the challenges the cities of the future will face and outlining the characteristics that they should have.

The debate was centered around three keys cities of the future should address: quality of housing, new mobility and socio-environmental challenges.

The speakers agreed that we are in the midst of a time marked by profound changes that will eventually produce important transformations in our cities. It’s estimated that in 2050, 65% of the world’s population will live in cities, when in 1950 it was only one third. According to José María Ezquiaga, director of the Congress, “cities, in this context of change, can operate as motors of economic development, redistribution and inclusion.” Despite the fact that –according to Ezquiaga – it’s been proven that “our current urban planning is not prepared to respond to incidences such as pandemics and large-scale diseases in society”.

COVID-19 has sparked new questions about the way we live in cities and has put quality housing in the place that it deserves, as a cornerstone to urban renewal. The pandemic shed light on our cities’ weak points, beyond their ever-frequent lack of parks or public spaces, highlighting the shortcomings of our very homes.

This is precisely what led architect Anne Lacaton, 2021 Pritzker Prize recipient, to emphasize “redeveloping the concept of city villas’ (that is, homes with gardens)”. If there’s no remedy for the intensity that comes with city life, which, by Mediterranean standards means proximity to shops and public services (healthcare, schools…) and, at the same time, avoiding urban congestion –excessive density–, requiring a part of the usable floor space of each house to be allocated to a small terrace-garden could be something to consider, so that apartments would become homes with gardens, regardless of the story they’re on.

If now cars rule the cities, the new trend will crown pedestrians as urban royalty, with their entourage of bicycles, scooters, … and public transit

For Lacaton, homes need light as well as “flex rooms”: that is, spaces without a specific assigned use that adapt flexibly to the needs of the moment. She’s committed to improving housing – with less restrictive standards – and sees it as a key way to achieve friendlier and more livable cities. The State – she argues – should safeguard these quality standards, either by promoting the homes itself or by demanding certain standards from developers. Ideologies aside, a healthy democracy should facilitate quality housing for all citizens.

Mobility is the second key to the cities of the future. Philipp Rode, executive director of LSE-Cities, already uses the term “post-car city”, predicting a new trend regarding their use around city centers: “In the United Kingdom, 26% of travel is for leisure, as opposed to the 3% for business-related, and in the U.S., today’s cars are parked 96% of the time”. With this data in hand, the future for parked cars and any unnecessary traffic is bleak.

On the other hand, a new horizon has opened for pedestrians and public spaces. If now cars rule our increasingly large cities, the new trend will crown pedestrians as urban royalty, with their entourage of bikes, scooters, electric unicycles, Segways, and, of course, public transit. In London, according to a study presented by P. Rode, “only 13% of drivers would choose personal cars as their main means of mobility”. In Spain, about 370,000 people became new scooter users during the pandemic; and the country’s national network of railways’ new policy: “Bring your bike or scooter on the train”, only confirms the direction the future is taking.

According to the seasoned opinion of Miguel Anxo Fernández, mayor of Pontevedra, who, since 2011, has managed to eliminate deaths caused by traffic in his city and reduce CO2 emissions by 67%, “we must take back public spaces for people’s use and reduce circulation to what’s strictly necessary for cities to function”. This will help renaturalize cities and create more green spaces. As Harvard researcher Daniel Ibáñez stated: “Nature has nearly forgotten us since we’re so engrossed living in these black boxes we call cities.” Reducing CO2 emissions is one of the most important challenges when it comes to urban areas, and one of the impetuses behind the promotion of electromobility throughout Europe, Amsterdam being the point of reference here.

The third key to the cities of the future has to do with the intricate issues related to inequity and social complexities. For example, architects Pablo Martínez and Mar Santamaría put their fingers in the wound when they affirmed: “Pollution doesn’t kill everyone equally. It kills the most vulnerable. This is telling of the spatial injustice that exists in cities”. And sociology professor M. Ángeles Durán raised the following question: “Are we women really on equal footing within the city sphere? Consider that 82% of long-term caregivers are women”; a job that is frequently unpaid and not taken into account in the large economic numbers used to define political actions for development.

At the same time, Columbia professor F. Peña Mora addressed the potential negative impact immigrants can cause when they don’t “feel like they’re part of the city”, and “the need to act accordingly” to prevent, among other things, suburbanization. Urban planning must address and reflect the social concerns of the times, but also correct existing flaws, making “deurbanization” as a last resort to rehabilitate deteriorated urban areas a much-discussed idea of the congress.

However, even more central to the event discussions was the concept of “sharing”, and it’s only logical, as today our notion of what makes a city a city is nothing if not shared, open to diversity. And consequently, the importance of social sustainability and shared public spaces was revalued in the debate of what we want the city of tomorrow to look like.