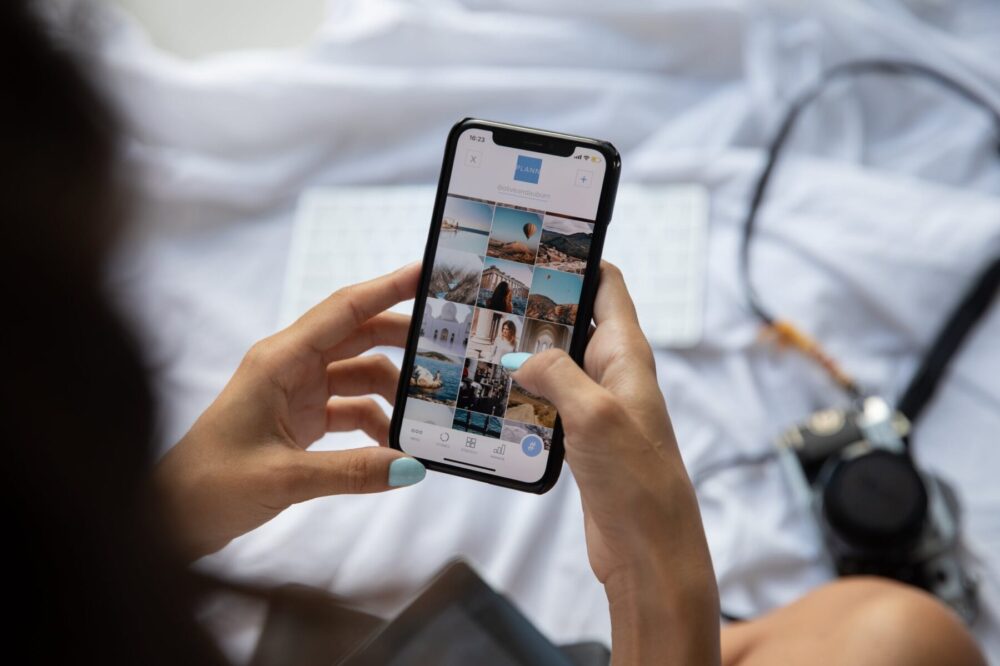 On the occasion of World Influencer Day, the Icmedia association put together a white paper on responsible influence. It includes a framework that provides ideas and suggestions for exercising the increasingly popular, and equally powerful, profession.

World Influencer Day, which has been celebrated on November 30 since 2016, was a proposal Colombian platform Fluvip came up with in 2013 to connect brands with influencers. Currently, Fluvip is the leader of so-called “influencer marketing” in Latin America and the United States. The aim of this holiday is to recognize the work of content creators who, through their social networks, influence the decisions of other users, be they consumer or lifestyle related.

The influencer profession is on the rise. According to the marketing agency Signalfire , there are 50 million content creators (including bloggers, YouTubers, Instagrammers, etc.). Of these, just over two million could be considered professional content  .

This data should be considered with other data in mind, data that reveals the increasing sway influencers have. According to a Deloitte study, 85% of social media users follow influencers, 49% trust influencers’ recommendations when making a purchase and 60% of brand sales managers have an allotted portion of their budgets for influencer marketing. Influencer following is especially high among 16-24-year olds.

In other words, the power of influencers in a hyper-connected society through social networks is a fact. But, as Franklin D. Roosevelt said – even if we heard it first from Spiderman – with great power comes great responsibility. Honing in on what this responsibility means is what the white paper on responsible influence aims to do.

The document is the fruit of iCmedia’s work, in collaboration with ISEM Fashion School, ConEse Consulting and NewLink Spain. The basis of the paper is a swath of 40 in-depth interviews with representatives of the so-called “digital influence ecosystem”. An ecosystem made up of eight players: consumers, citizens or users; influencers; platforms; representative agencies; brands; institutions; the media and regulators. Each one with its unique power… and responsibility.

Risks, both for minors and the influencers themselves

If there is a group especially exposed to digital influence, it’s minors. They’re digital natives and extremely familiar with technology and its uses, and they’re on social networks very early. The white paper makes a point of highlighting some of the risks children and adolescents may be exposed to when viewing their favorite influencers’ content.

For example, they may have a hard time differentiating between information vs. opinion, fiction vs. reality, and organic content vs. paid advertising. It may be harder for them identify fake news as well. And children are also more vulnerable to addiction to content influencers create or the games they endorse, as they’re more trusting because of the admiration they feel. This admiration can lead them, in some cases, to have an idealized vision of their idols or to imitate their buying habits or beauty routines, which oftentimes are far removed from reality and can cause or spark eating disorders. In other cases, they may feel compelled to participate in harmful behavior, from viral challenges to rejecting authority figures.

These factors, together with the easy access to content that isn’t age-appropriate for minors and the lack of knowledge on the parents’ part of what their children are doing, who they follow or what they see on social networks, and of the actual amount of time they spend on them, make raising awareness about the phenomenon of digital influence crucial.

The proposed solutions are summarized in two words: for the user, guidance, and for the influencer, professionalization

But the white paper examines the risks that affect influencers as well, who are oftentimes minors, which poses an even greater risk factor. Among the dangers of digital influence for the influencers themselves are the frustration and stress caused by a line of work focused on the expectations of their public and the brands they collaborate with; risky practices such as viral challenges, exposure of their intimacy and privacy, thinking of the immediate benefit of gaining more followers without taking into account the long-term consequences, and all the painful hate comments, attacks, aggression and rumors many of them live firsthand. Finally, the lack of regulation both on the professional level and the personal, safety-related level for influencers, by platforms, authorities or institutions, represents a serious risk for these content creators.

The white paper goes beyond pointing out risks though, proposing possible solutions to make the digital ecosystem more humane and positive for people. The document provides suggestions and good practices aimed at each of the eight players within this ecosystem, but when it comes to users –especially minors– and influencers, they can be summarized in two words: for the user: guidance, and as for the influencer: professionalization.

Among the solutions proposed for users the authors suggest the following: drive home the importance of using social networks responsibility and respecting other users and influencers, especially amongst minors and adolescents; the use of parental control tools (Qustodio, Secure Kids, etc.); encourage the use of social networks in shared, family spaces; be mindful of the influencers you follow, that is, the content they share and the ideas they promote, as each time you follow an influencer, their community and power increases; report bad practices, irresponsible behavior and hate speech, and lastly, encourage conversations between minors and adults that facilitate communication about the content they consume.

As for the recommendations for influencers, the paper proposes, among other things, the following: assuming personal and professional responsibility for the power of influence they have, being especially cognizant of their influence on minors; looking for ways to learn how to carry out their activity as influencers in a more professional way, including knowing best practices in the field of commercial communication and understanding the relevant legislation; being transparent about commercial agreements; adhering to the codes of conduct and/or the code of ethics and seals of quality; safeguarding their authenticity by selecting brands to work with according to set criteria, and asking for help, if necessary, to manage community pressure or their power of influence.

In short, having a responsible influence is not easy and it requires implementing a new way of working and consuming content online. This document, with its list of best practices, can serve as a useful guide so that the digital ecosystem is a place of healthy learning and entertainment, and not a jungle of infoxication and suffocating competitiveness.