COP 27 and “greenwashing”: being green for higher profits 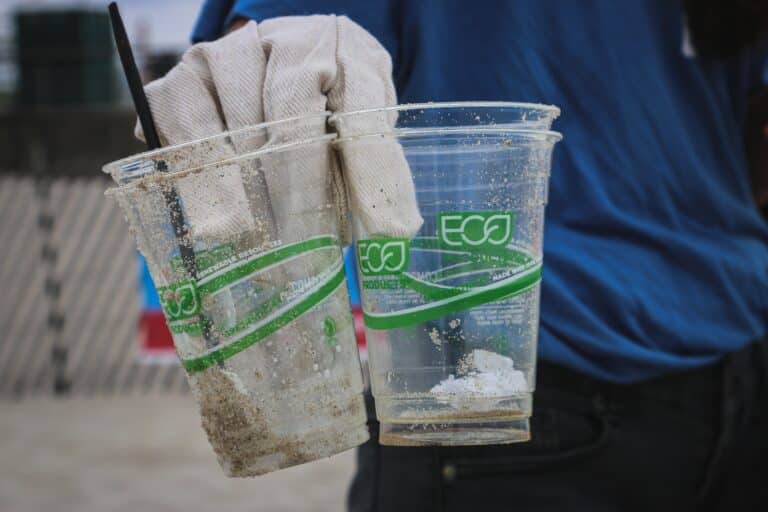 When it comes to selling, communication that speaks to being environmentally clean matters. According to a 2017 study conducted by Nielsen, 85% of millennials believe that it is “extremely important” that companies develop programs to protect the planet. However, the reality is that sometimes, in marketing campaigns that allude to sustainability, there’s more economic interest than actual concern about climate change. This practice, known as greenwashing, was the center of the first debate at the recently celebrated COP27, a climate change conference organized by the UN.

If there’s a brand that people associate with soft drinks, it’s Coca-Cola. The company’s logo, cans and bottles are already part of every pop culture across the globe. However, its position as the largest producer of plastic made from fossil fuels, and therefore, one of the most polluting enterprises of our times, since this material is very difficult to recycle, is not as well known.

This reality already cost the company a lawsuit from Earth Island in 2021, an environmental group that defended that its advertising was misleading, since many of the soft drink brand’s campaigns reflected its commitment to caring for the planet. Recently, Coca-Cola’s presence as one of the main sponsors of COP27, which was held this November in Sharm El Sheik, Egypt, has ruffled feathers among activists. They accuse the company of greenwashing, that is, of using a commitment to environmentalism as a marketing tool to make more money and clean up their negative image as a source of environmental deterioration.

Banks, restaurant franchises, tech companies, fashion companies and even airlines seem in a constant struggle to prove among themselves which one cares the most about the environment, which has the least negative impact on it. But not only companies are making this effort to appear green. Another accusation of greenwashing was directed at the representatives of the countries and the United Nations at the COP, many of whom traveled to the event via private jet, the most polluting means of transport today. According to data provided by the country, 400 private planes landed at the start of the conference in the first week of November, and connections between Cairo and Sharm El Sheikh increased by 250 flights a week.

The COP amid a tense climatic context

Though criticism of some attendees’ means of travel may seem reasonable, beyond this anecdote there is a larger question at hand, and it is that sustainability, climate impact and commitment to the planet are fundamental pieces of many communication strategies of governments around the world.

One of the main challenges tackled at COP27 this year was sustainable development: how to reconcile economic growth with the reduction of greenhouse gas emissions by companies. According to The Economist, the link between growth and higher energy spending has already been broken in at least 33 countries, which in the last decade have seen their GDP grow remarkably, while their emissions have fallen. In the United States, for example, GDP has doubled in the last 30 years, while greenhouse gas emissions have been reduced by 15%: they’ve gone from 6,130 million tons of carbon dioxide in 2007 to 5,260 million. in 2019.

Despite this, governments and international organizations fail to agree on effective measures to lower CO2 emissions or adopt the use of hydrocarbons. The United Nations Environment Programme has already warned that the progress made since the previous Glasgow conference (COP26) has been insignificant: in the last two years only 0.25% of the total agreed reductions by 2030 has been reduced. The agreements reached do not appease environmental groups such as Greenpeace, which at this year’s COP demanded up to $100,000 million – the figure around which many of the conference sessions revolved – from the richest countries to mitigate the negative effects derived from their production. To this effect, Biden promised in Egypt to contribute $150 million, an amount interest groups consider insufficient and which has aroused considerable criticism.

According to an Accenture report, one in three of the world’s largest companies has publicly stated in their communication campaigns their commitment to be carbon neutral by 2050. This figure has increased by 7% since 2021. However, the same report reflects that 93% of them have taken few necessary actions to achieve this and will not reach the goal by 2050 even if they multiply the rate at which they’re reducing their emissions by five.

Oftentimes, for perspective on what companies are actually doing for the environment, it’s necessary to contextualize the data they provide in their marketing campaigns. For example, it may be true that they’ve reduced their emissions into the atmosphere by 5%, which paints them in a positive light among customers who consume their products; but it is necessary that companies also communicate the whole picture of how their activity really affects the environment.

Airlines prove another example of this polemical topic. In recent decades, the competitiveness of the market and the emergence of low-cost companies have made ticket prices cheaper, allowing access to many more people, and therefore increasing air traffic and pollution. In Spain, the number of travelers has increased by 69% in the last decade, going from 111 million passengers in 2009 to 188 million in 2019.

Ryanair lost a trial in 2020 in the United Kingdom for misleading advertising, in which they claimed to be the greenest airline in Europe. However, the low-cost airline company has recently stated that it will reduce emissions per flight and passenger by 10% before 2030. Yet, the company continues to grow, and last year it ranked among the ten airlines with the most traffic, and consequently, among the most polluting ones in the European Union. According to their own projections, they hope to increase their number of travelers by up to 50% in 2026, making it hard to believe that their advertising claims are nothing more than greenwashing.

Climate activists and organizations argue that in light of cheaper fares, airlines and passengers should be forced to pay to mitigate the negative environmental consequences of air travel. Journalist Marta Montojo of El Confidencial cites Swedenas an example, where passengers are charged a surcharge of between 6 and 40 euros per ticket, which goes to these purposes.

Adidas is yet another example of apparently eco-friendly marketing. The athletic brand was accused of using environmental claims to sell one of its shoe models, alleging that they were made with up to 50% recycled materials and that they respected the environment. The reality was that only the upper part of the shoe met that proportion. This led to lawsuits filed by the organization Zero Waste France, which took both Adidas and New Balance to court, accusing the two companies of greenwashing and using of environmental claims to increase their sales.

There are also companies making remarkable efforts to meet their sustainable goals without giving up on increasing their profits. Apple, for example, announced their intention to be carbon neutral in all of the company’s business areas by 2030.

The tech company’s offices and stores around the world have been running on renewable energy for almost ten years, and since then it has reduced its carbon footprint by 40%. In the last two years, Apple has invested $100 million in accelerating the transition to renewable energy from its suppliers in China, and now it prioritizes its contracts with companies that use this type of energy. It also recycles many of the rare earth elements found in their devices, which are reused to make new ones, rather than mining new resources.

These measures are a small, positive part of the fight against the exploitation of materials and carbon emissions, but according to The Economist, for a company to be truly committed to the environment, it is not only necessary to take concrete actions, but also it must “account for its negative externalities, or the impact of the production or consumption of its products, for example on the atmosphere. By forcing companies to acknowledge the unintended consequences of many of their activities, the theory is that they should have a greater say in fixing them.”

A possible solution might look something like Sweden’s surcharges on flights where companies are not only green in their communication, but also in their actions and finances, paying for the consequences of their activity. Something similar came about towards the end of the COP with the creation of an economic fund, after numerous discussions between countries that seemed unable to reach an understanding. The “Loss and Damage Fund”, as it has been baptized, will be an amount of money paid by the richest countries, yet to be specified, which will go to the poorest countries that suffer the consequences of climate change, and that are in turn, those that contribute the least to its worsening.