The Great Books return to the classroom 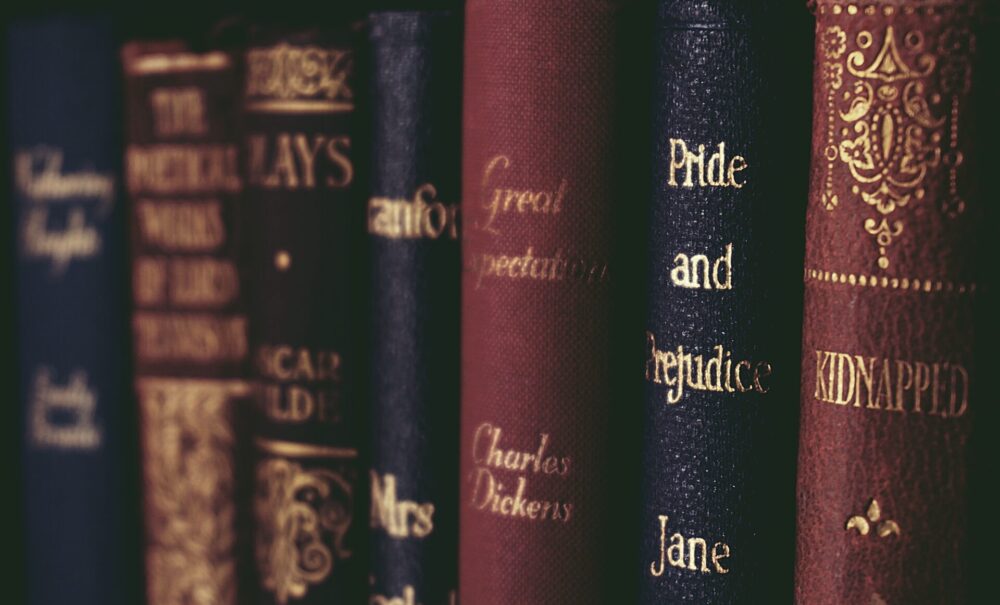 On the international scene, disinterest in the humanities is growing: university departments dedicated to these subjects are closing and fewer and fewer young people choose to major in them. However, in recent years, valuable initiatives have also popped up –on both sides of the Atlantic– that promote the humanities, among which teaching based on the reading of the Great Books stands out.

The usefulness of the humanities

The debate about the humanities often centers on whether or not they are useful. Many consider that their loss of prominence in education is due to the fact that they have been giving way to other, more useful knowledge to find work. In response, it is often argued that the value of humanistic knowledge resides –according to Nuccio Ordine– precisely in its “uselessness”, that is, in that it cultivates essential dimensions of the person that are not oriented towards production or financial gain.

Without getting into that debate here, approaches such as that of Antonio Diéguez and Thomas Sturm seem more attractive, who prefer to defend the humanities for their usefulness, as “on many occasions philosophical ideas have changed history.” In any case, it is probable that the attack on humanistic knowledge comes from a simpler reason. As Diego S. Garrocho has suggested, it can be explained by the “complacent ignorance” of those responsible for education.

We’re used to the United States periodically reopening the debate on the need for the humanities. Two important books have recently come on the scene, and are proving to be sparking fruitful debate. Zena Hitz has written Lost in Thought. The Hidden Pleasures of an Intellectual Life. The author is a professor at St. John’s College, perhaps the best liberal arts institution –that is, an institution wholly dedicated to humanistic education– in the country. And Roosevelt Montás, who until a few years ago was director of the Center for the Core Curriculum at Columbia University, has just published Rescuing Socrates: How the Great Books Changed My Life and Why They Matter for a New Generation.

Hitz argues, returning to the Aristotelian idea of contemplation as the purpose of human life, that educating and learning are not mere functional activities, simply useful because they enable one to carry out certain tasks. In reality, they are an end unto themselves and can become worthwhile ways of life. Furthermore, they are decisive for achieving a successful life since through them we shape our inner world. “Egalitarianism” is an important feature of Hitz’s approach: intellectual life is not reserved for a few scholars or cultured people; anyone can achieve this way of life. What is relevant here is that the means to achieving it is through education.

The Great Books are not only objects of scientific analysis, but also sources of life wisdom

Montás’ book begins with the author’s story: a Dominican immigrant who arrived in New York, where he was later admitted to Columbia University. There he has to take the famous core curriculum: a program based on reading the classics of thought and literature – from Homer to Jane Austen and from Socrates to Marx – in seminar classes of 18 students. It was a transformative experience of intellectual growth and personal evolution. That’s why he proposes that all young people receive an education in the Great Books, following the canon. And he is doing so precisely when his country is plunged into one of the greatest social crises in living memory, due to racial tensions, political polarization and threats to academic freedom on campuses.

The proposals of Hitz and Montás have been echoed in the great newspapers and cultural magazines. The fierce criticism of Montás by Harvard professor Louis Menand, which appeared in The New Yorker, is striking. On the one hand, he denies that an education grounded in the Great Books can improve the lives of students. On the other, and this is the really alarming part, he affirms that “knowledge is a tool”, that is, the exact opposite of what both Hitz and Montás affirm of an intellectual life.

Among the responses to Menand, Brian Rosenberg’s in The Chronicle of Higher Education stands out. He clarifies that “Montás does not maintain that [simply] reading Plato or Saint Augustine makes you better or wiser than another person; what he maintains is that it can make you more aware of your nature”. And he takes the opportunity to condemn the trend many universities are following towards specialized formation, to the detriment of the interest in helping young people to grow. That is, the risk of pursuing –in the words of Harry Lewis, former dean of Harvard– “excellence without a soul”, or of ignoring the fact that moral education is part of the mission of the University, as William Deresiewicz recalls in a book that has also generated significant controversy.

The Great Books in Europe

On the other side of the Atlantic, the voices joining this debate and universities that are committed to humanistic teaching are growing. It is a trend that has grown in the last two decades, as studied by Marijk van der Wende. For example, a significant number of liberal arts colleges have been founded in countries such as the Netherlands and, since 2015, a European congress on “Liberal Arts and Core Texts Education” has been held regularly (in Amsterdam, Winchester, Pamplona and, soon, Tilburg) in collaboration with the Association for Core Texts and Courses. As a result of these congresses, the volumes of Back to the Core: Rethinking Core Texts in Liberal Arts & Sciences Education in Europe have been published, along with Literature and Character Education in Universities.

As far as Spain is concerned, Carlos García Gual stated a few years ago, pessimistically, that the core classics where not read in any Spanish university. Fortunately, the situation is changing. Currently,CEU University, Francisco de Vitoria University, and the University of Navarra have Great Books programs. They are still a minority; this type of program hasn’t reached public universities in a systematic way. However, the interest the European congresses arouse would lead one to believe a trend towards change is possible. Likewise, it is significant that two works by Robert M. Hutchins, a key figure in the development of humanistic education in the last century, have recently been translated: The University of Utopia and Higher Education in America, with two introductory studies by Javier Aranguren and Àngel Pascual.

Through teaching the Great Books, it’s possible to educate the students’ eye to be able to identify what is truly important

Another notable case is that of the Universidad Adolfo Ibáñez, in Chile, with an educational tradition similar to that of Spain. In just five years, it has successfully implemented the same core curriculum as Columbia University. The school’s experience demonstrates that the administrative complexity or the “foreign” nature of the seminar method for teaching the Great Books are not obstacles when you have a clear vision of the purpose of higher education.

There are many reasons that support an educational model where students thoughtfully read the great literary creations of humanity. Perhaps the clearest is that young people barely read anymore. And reading is the most direct way to access knowledge. In recent years, Inger Enkvist has written on the issue in his conversation with Olga R. Sanmartin, Gregorio Luri in “On the art of reading: 10 theses on education and reading,” and José Manuel Mora-Fandos in To read or not to read.

Teaching the Great Books through seminars reveals that this method carries along with it specific educational virtues. For example, knowledge of the classics opens the doors of cultural tradition to young people. In addition, learning “in the first person” is facilitated: the works are not only objects of scientific analysis, but also sources of life wisdom. The student approaches them with an existential interest. Another clear advantage is the unparalleled means for improving their critical capacity which comes from dealing directly with these texts of the past and having to engage in a reasoned discussion about them in the classroom. Or, if you prefer, critical thought, but not as it’s commonly understood today: criticism is exercised on the basis of knowledge of tradition, not against it. As Francisco Esteban explains, it is about “fostering a critical spirit in young people without turning them into opinionators of everything”.

The students highlight that these subjects allow them to engage in deep intellectual conversations on important issues for their lives and the future of society, something not easy to come by on campuses. In addition, this reading of the classics introduces young people to the path of “nobility of spirit” (personal improvement), as claimed by the Dutchman Rob Riemen and in Spain by Enrique García-Máiquez. In any case, what is probably decisive is that the students’ eye is educated to pick up on what is relevant (in a text, a problem or reality itself). This puts them in a position to adequately formulate the type of questions that we cannot stop asking ourselves at the University.

José María Torralba is director of the Core Curriculum Institute of the University of Navarra and author of Una educación liberal. Elogio de los grandes libros