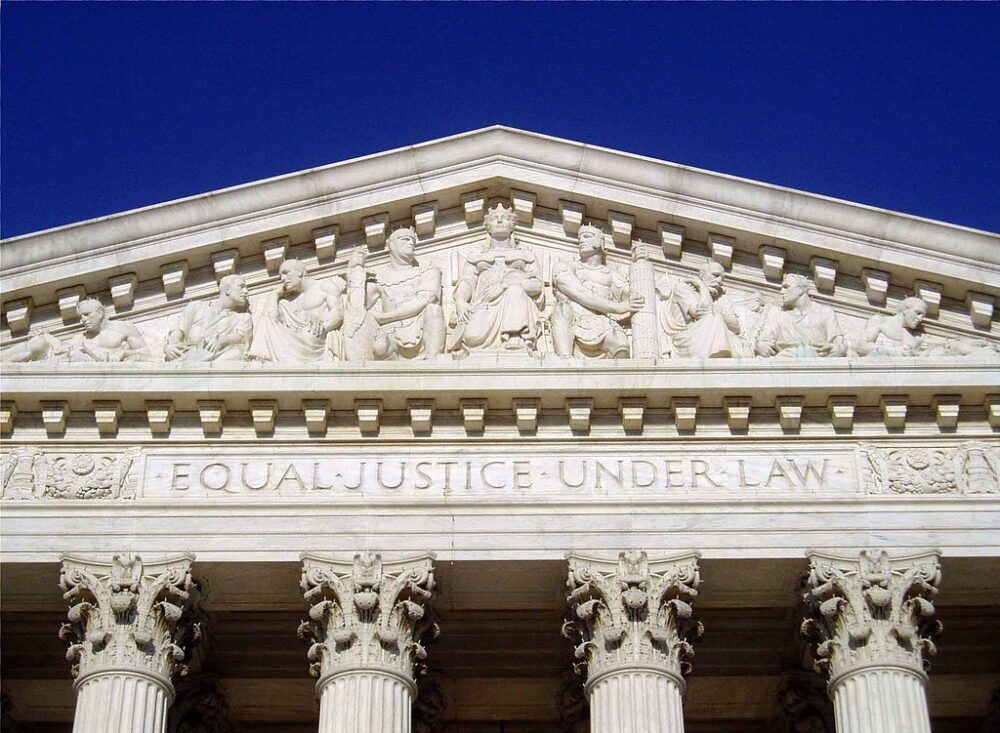 In 1973, the U.S. Supreme Court ruling in Roe v. Wade was a national shock, received by some with enthusiasm and by others with despair. Almost 50 years later, Dobbs v. Jackson Women’s Health Organization has had the same effect, but with the roles reversed. As of today, abortion is not a constitutional right and it has been returned to its previous situation: states can prohibit or regulate it.

The fact that the ruling had the majority of the six conservative justices’ support –among them, the three previously appointed by Donald Trump–, against the three progressive justices has been highlighted. This has given rise to comment that it is an ideological failure. But then the same accusation of bias could be pointed against a progressive majority that would have decided otherwise, not to mention the justices who ruled on Roe. Abortion is a source of strong controversy and the justices of the Supreme Court, like other citizens, have their opinions on the matter. What matters is the rigor of their rulings, and when reading Dobbs, one finds legal reasoning, not simple prejudice. The arguments are debatable, but too many commentators don’t get into them, simply attributing ideological bias to a decision they disagree with.

On the other hand, keep in mind that the Supreme Court was not deciding whether abortion is right or wrong, or whether it should be allowed or not. The question was whether the states can regulate or prohibit it, or on the contrary, it is a right that is above the decision-making capacity of the people’s representatives.

In any case, the reversal of Roe as well as of the subsequent Planned Parenthood v. Casey ruling (1992), which corroborated it but partially modified it, has only been supported by five judges. Chief Justice John Roberts ruled in favor of the Mississippi law restricting abortion that was at the core of the case, but against overturning Roe and Casey.

But in the Dobbs case, neither of the litigating parties were interested in middle ground. Mississippi urged the Court to reverse both rulings. Its opponents insisted on maintaining them: they too, unlike Roberts, argued that admitting the Mississippi law, which prohibits abortion after the 15th week of gestation, would lead to the end of Roe and Casey. Indeed, both rulings require abortion access at least until the fetus is viable outside the womb, which today is possible at approximately 22 weeks.

Both sides, the Dobbs ruling says, argued vigorously on health and social policy issues, and on the consequences of upholding or repealing Roe. But the Court, as it points out, lacks the authority to rule on such matters, which correspond to the people’s representatives in the legislative and executive branches. It cannot make abortion legal or illegal, and therein lies the error of the overturned ruling. With Roe and Casey, the Supreme Court in fact legislated, by introducing a provision in the Constitution that is not really there.

Abortion is not a constitutional right

Dobbs’ initial draft opinion by Justice Samuel Alito was leaked in May, as well as the opinions of the two outlying conservative justices: Roberts’ partially concurring vote and the dissenting one of the three who voted against overturning Wade. As could be read in the leaked draft, the ruling is based on the fact that having an abortion is not a constitutional right, as Roe had upheld.

It is clear that the U.S. Constitution makes no reference to abortion. Alito’s extensive argument concludes that the right to abortion is neither founded on any constitutional precept, nor is it rooted in the Nation’s history and tradition, nor is it part of a broader entrenched right that is supported by other precedents.

Roe’s thesis, that abortion stems from the right to privacy, which does not appear in the Constitution either, is vaguely justified. The ruling presents three possible combinations of five different amendments from which the right to abortion could be derived. And then it adopts pregnancy trimester restrictions: in the first trimester abortion is completely unrestricted; in the second, it is available only for health and safety reasons; and in the third it can be prohibited, specificities more characteristic of a law than a constitutional opinion.

As Dobbs points out with several quotes, Roe’s reasoning was criticized even by pro-abortion legal scholars. The Casey ruling, almost 20 years later, upheld Roe’s thesis but corrected its argument. It abolished the trimester rule and made access restrictions in relation to fetal viability, without specifying when exactly this occurs. It dismissed the foundation of the right to abortion based on the right to privacy and the different stemming arguments, and rooted its ruling in the 14th amendment, which prohibits anyone be “deprived of life, liberty or property, without due process of law.” And it decreed the criterion that abortion could only be regulated according to restrictions or conditions that did not imply an “undue bruden” for the woman who seeks an abortion.

As the majority opinion in Casey explained, the ruling was intended to definitively clarify the conditions for exercising the right to abortion and pacify public controversy. It did not succeed, says Dobbs, among other reasons because its criteria were ambiguous and led to contradictory interpretations in different Supreme Court rulings.

The bottom line, though, is that abortion rights are not upheld by resorting to the 14th Amendment either, Dobbs states. Faced with the implausible claim which establishes the right to abortion within the right to privacy, Casey made it a matter of a right to freedom in matters of the private sphere, such as one’s sex life. But there is a crucial difference between behaviors within this realm– such as the use of contraceptives – and abortion, which both Roe and Casey highlight: abortion destroys what those rulings call “potential life.” That is why both recognize that, from a certain point in gestation, the legitimate interest of the state to protect the unborn may prevail. From this point, there are no other rights which would give the right to abortion priority.

As for the other issue, abortion is not a right “rooted in our Nation’s history and tradition,” the ruling says. In 1973, 30 states banned it, with a few exceptions, and those that allowed it hadn’t gone as far as Roe. As of yesterday, in roughly half of them it would already have been banned if it weren’t for Roe.

And thus, Dobbs concludes: “The Constitution does not prohibit the citizens of each State from regulating or prohibiting abortion. Roe and Casey arrogated that authority. We now overrule those decisions and return that authority to the people and their elected representatives.” Consequently, the Court has left the Mississippi law standing, which had been appealed and blocked by lower courts.

An end of uniformity

What will happen now? The end of Roe is not the end of the public debate on abortion. More than 20 states will ban it, and most others will continue to allow it on more or less the same terms as now, though some will further liberalize access to it.

From now on, the Supreme Court affirms, abortion regulations will be justified, like health laws or the like, by legitimate public interests. The Dobbs ruling cites several of these: the preservation of prenatal life; the protection of maternal health and safety; the mitigation of fetal pain; the prevention of discrimination on the basis of race, sex, or disability; the elimination of particularly gruesome or barbaric medical procedures; the preservation of the integrity of the medical profession. These and others will be the criteria to decide, in each state, the validity of an abortion law.

As the supporters of the overturned ruling lament, from now on access to abortion will not be uniform throughout the country, and in part of it, it won’t be possible. Congress could pass a federal law that would force states to allow abortion. But at the moment there isn’t a majority for that, and it is doubtful that Congress has the necessary authority to do so, since health care is under states’ purview. And that’s why it can be said that last week, almost 50 years of anomaly came to an end.