Roberta Metsola: An anti-abortion politician, up to a point 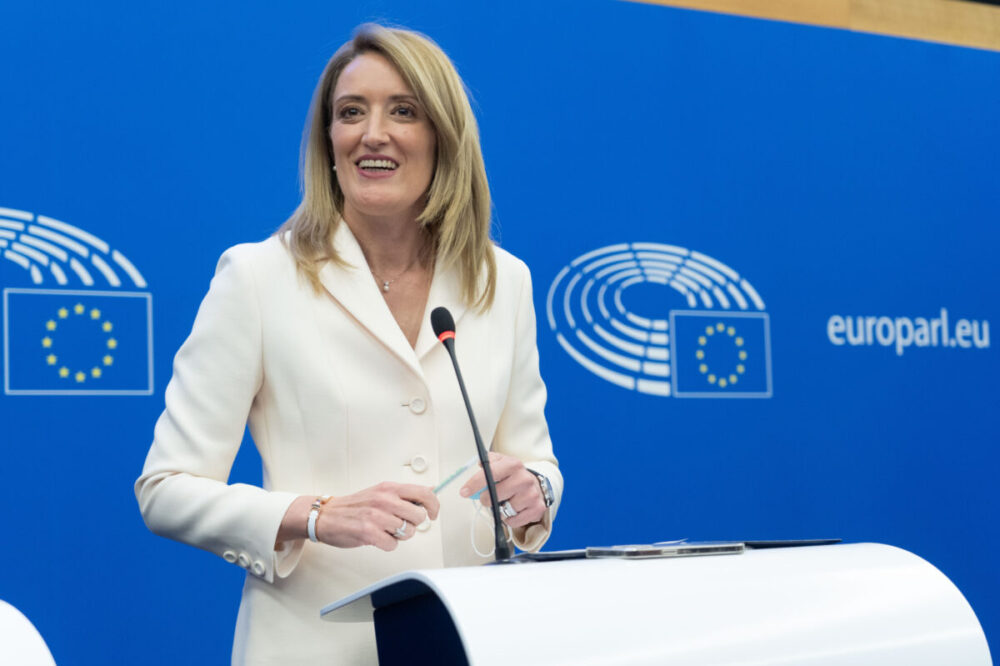 Brussels.— In the campaign video for presidency of the European Parliament (EP) that was published on her personal Twitter account (@RobertaMetsola), Roberta Metsola appears in the kitchen of her home, chatting with her four children while they eat, unhurried. With these first few images, it seems that Metsola has wanted to highlight her role as an ordinary mother and wife. But at 43 years old and the youngest woman to be elected president of the EP, her life is far from ordinary.

Despite receiving an absolute majority of votes (458 out of 690) from the three main political parties in the European Parliament – her own party, the European People’s Party (EPP), plus the Socialists and Liberals – her nomination has been tainted by one single fact. Almost all the European news outlets, of conservative and liberal views alike, have highlighted her anti-abortion voting track record in most of the parliamentary resolutions on the matter. There have also been many MEPs of the European Left who have criticized her appointment. Some have called it a “regression”; others a “devastating symbol”; and the most neutral amongst them, a “reasonable choice”.

However, sources within the EP consulted by Aceprensa doubt whether Metsola indeed holds anti-abortion convictions or whether she is simply trying to give a voice to the Maltese people who voted her into power. Malta is the smallest member state of the EU, with a strong Catholic tradition and the only country within the EU where abortion is prohibited under all circumstances. In 2004, the country joined the EU block under one condition: it would not adopt the positions of the member states on the matter.

“It’s hard to know if her anti-abortion stance is personal, or simply based on her commitment to represent the Maltese constituency on the European stage”

“It’s hard to know if her anti-abortion stance is personal, or simply based on her commitment to represent the Maltese constituency on the European stage,” says an EP official who prefers to remain anonymous. This does not detract from Metsola, considering that the majority position, even in the EPP, is in favor of abortion as a “reproductive right.”

Just two days after her appointment to preside over the EP, French President Enmanuel Macron, who now holds the rotating EU presidency, asked the EP for the inclusion of abortion in the EU Charter of Fundamental Rights. On that same day, the EP debated a resolution on the “sexual reproductive rights of women” in which access to abortion was requested for all women; Metsola abstained. Just the day before, she had pledged to support a pro-choice pact promoted by Renew Europe, a group of liberal MEPs.

It is worth remembering that a pledge like this only serves for political positioning, since all issues related to health fall outside EP jurisdiction, and therefore only the member states have the power to legislate in the matter. This only makes the progressive bloc’s crusade for abortion access less understandable, not to mention that it’s already available in 25 of the 27 member states. Apart from Malta, only Poland substantially limits access to abortion, which for a year now has only been allowed in very specific situations.

But going back to Metsola, her vote against numerous initiatives in favor of free abortion or considering it a human right, including the controversial Matić report, places her in an almost tightrope walking position. In 2021, she also had no qualms about abstaining in a vote to list gender-based violence a crime under EU law.

The new president of the EP will now have to reconcile her continual rejection of abortion in her voting record as a MEP, with her institutional position, whereby she has already made it clear that she will support Parliament’s majority opinion. After her appointment as head of the European Parliament, the international media grilled her with abortion-related questions, to the point where the fact that she is the youngest woman and the first in the last 22 years to head the EP (since Nicole Fontaine in 1999) was almost entirely overshadowed.

Once appointed president, Roberta Metsola was quick to make her stance clear: “The position of the parliament is unambiguous and unequivocal, and that is also my position…That is exactly what I will do throughout my mandate as president on this issue.” She’s repeated this dozens of times already, assuring that she will protect the “right” of women to have an abortion because it is the majority position of the EP.

A progressive among conservatives

Metsola has also stood out for her “progressive” position amongst fellow conservatives for positions contrary to her party’s on sensitive issues related to LGTBI rights and immigration, where her defense of a more balanced distribution of non-EU citizens has raised misgivings within conservative ranks. She has also been in favor of the right to asylum and has been a strong defender of the rule of law in the EU, previously serving as a member of the parliamentary committee on the matter. Metsola has denounced corruption in her home country of Malta as well, calling for the resignation of Prime Minister Joseph Muscat in 2019 for his alleged interference in the investigation of the murder of journalist Daphne Caruana.

Her influence and reputation as a catalyst for consensus, her rigorous knowledge on European issues, her implacable negotiating skills and work ethic have held more weight in getting her elected than the booby traps her adversaries had planted along her path. Metsola previously worked as a legal adviser to the Maltese delegation to the EU from 2004 to 2012 and was an adviser to the former head of European diplomacy, Catherine Ashton, two roles that undoubtedly helped prepare her for the position she now holds. And her previous role as vice-president of the European Parliament under the recently deceased David Sassoli demonstrated her leadership capacity and a job well done.

Nonetheless, despite her proven track record and experience, from now on any decision she makes related to women’s rights will be closely watched, undoubtedly forcing her to continue her nimble tightrope walking act.