Not enough cribs in China 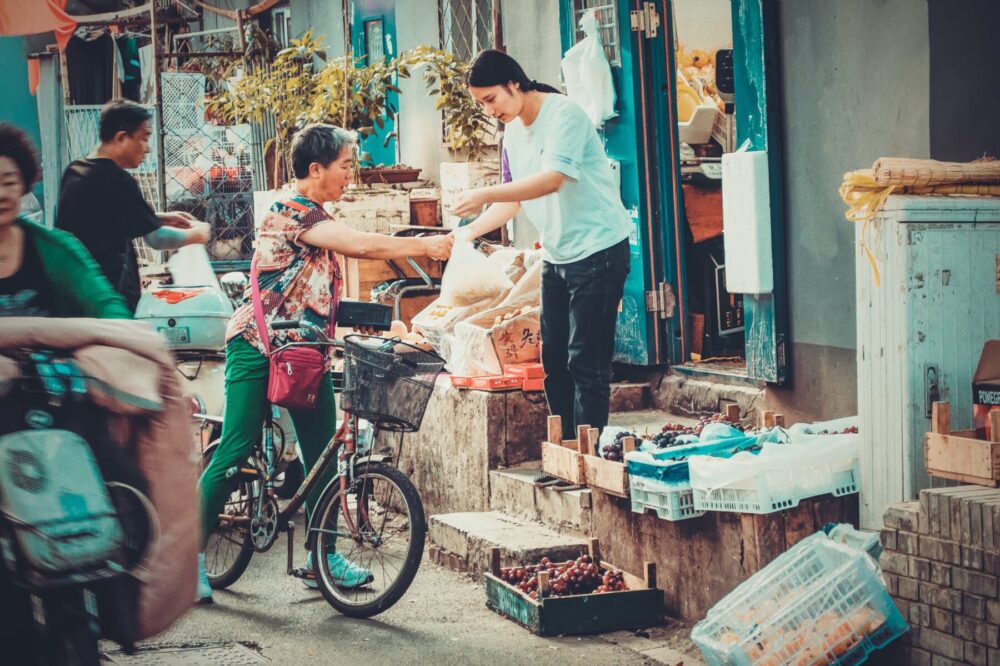 China’s desire to become the world’s leading economy is going to be faced with an obstacle from a resource scarcity that was always believed to be in excess: population. The number of births is decreasing each year, the working-age population is contracting, and aging threatens the pension system. The latest census data has raised concerns about the dynamism of the Chinese economy.

Data from the once-a-decade census released in mid-May still shows a weak population increase, which reached 1,412 million in 2020. But the growth is increasingly slow. From 2010 to 2020, it was 0.53% per year, compared to 0.57% in the previous decade. And projections indicate that the population will soon begin to shrink. As recognized by the National Bureau of Statistics of China, “the possibility that the population stops growing or shrinks is fast approaching.”

From baby boom to demographic shortages

If forty years ago the demographic boom was the government’s cause for worry, now it is the country’s dwindling birth rate. The 12 million births in 2020 is the lowest number of births in decades. The 1.3 children per woman fertility rate reveals the reluctance of couples to have more kids. And the loosening of family planning restrictions in 2016 to allow couples to have up to two children has done little good (*). While the one-child policy established in 1979 was imposed using draconian measures and penalties, demographic revival cannot be achieved with mandatory births. And the cost of housing and raising children, along with a widely ingrained mentality from years of one-child propaganda, are far from helpful in encouraging young families to grow.

According to census data, the population could begin to shrink in coming years

What’s more, the authorities have done very little to create an environment that would help the birth rate recover. Families receive little aid per child, and the cost of education – which is exceedingly competitive in China – can be extremely expensive.

China’s demographic problems are largely self-inflicted. The one-child policy has shrunk the number of women of childbearing age, and, consequently, births today. And, as a result of the traditional preference for a male child, the practice of selective abortion based on sex is widespread. Now, the shortage of women is creating a problem for men to find wives.

In any case, Chinese women, more educated and independent than ever before, are in no rush to get married. Three decades ago, almost all women were married before 30. Now, especially in big cities, more than a fifth of women are still single at that age.

While children are becoming scarcer, the population is aging rapidly. Those under 15 make up 18% of the population. While this percentage is still higher than that of those over 65 (currently at 12%), it’s expected to reach 30% by 2050. And with the country’s life expectancy now at 77 years, the dependent population will only grow, soaking up government assets.

Effects on the economy

Demographic changes are going to have an inevitable impact on the economy. Compared to other countries, Chinese economic growth has been built on a huge domestic market and an abundance of cheap labor, which has made it possible to export at very competitive prices. But wages have also been rising, as is the case in any development process.

The problem now is that the dwindling birth rate is going to be felt in the availability of workers. The working-age population (15 to 59) has gone from 70% in 2010 to 63.3% in 2020. And without growing participation in the workforce, it’s difficult to maintain the 6% or 7% annual GDP growth China is used to.

With a longer life expectancy and a shrinking birth rate, the pension system could become unsustainable

With this lack of manpower, the government is planning to raise the retirement age, which is currently very early: 55 for women and 60 for men. With a longer life expectancy and a shrinking birth rate, the pension system could prove to be unsustainable by 2035, and that’s without taking into account the tens of millions of informal workers who also have minimal social insurance coverage.

The problems posed by an aging population are similar to those in other countries, for example, in Europe. The difference, as one commentator stated, is that China has aged before getting rich. Retirement income, for the most part, allows for a modest standard of living. And oftentimes parents count on having their only child care for them. So, in the coming years, China will have to devote more and more resources to pensions and health care for the elderly.

Another possibility for increasing the labor supply would be to resort to immigration, which at the moment is marginal (in China there are only 845,000 foreigners). But this is a taboo topic, and, in any case, immigrants alone cannot make up for China’s labor shortage.

The workforce shortage dilemma would be less pressing with a change in the economic structure, which the government has already proposed. It would make the economy less dependent on labor-intensive industries such as manufacturing and construction, and promote the services industry instead.

But increasing productivity is necessary too, which is currently low. According to the World Bank, for the 2009-2018 period, productivity grew by 0.7% annually, compared to an average of 2.8% in the previous decade.

A lack of incentives

Demographers are now urging the government to lift the family planning policy so as not to dampen the population’s desire for offspring. Without officially changing the policy, authorities in some regions – especially those with the lowest birth rates – are turning a blind eye to families who decide to have a third child, allowing them to go unpunished. But these families are far and few between.

In other areas, termination policies of public employees who exceed the two children policy have been lifted. But, in some regions they continue to be fined.

The attitude of the powerful birth control bureaucracy also varies depending on political criteria. Thus, while Chinese women are generally encouraged to have more children, in the Xinjiang province, strict birth control is imposed on the largely Muslim ethnic Uighur population. The government closely monitors this ethnic group, and maintains a network of internment camps where it re-educates thousands of Uighurs accused of separatism and religious extremism.

The communist party is used to controlling its citizens even in the most personal decisions like the number of children a couple choses to have. But it is easier to limit the birth rate with coercive measures than to stimulate it with incentives.

(*) The Chinese government announced May 31 that from now on all married couples will be allowed to have three children, representing a drastic change in the Communist Party’s demographic policy. But it remains to be seen if relaxing the policy will pay off, since the 2016 policy change, which permitted couples to have two children up from one, has been largely unsuccessful.