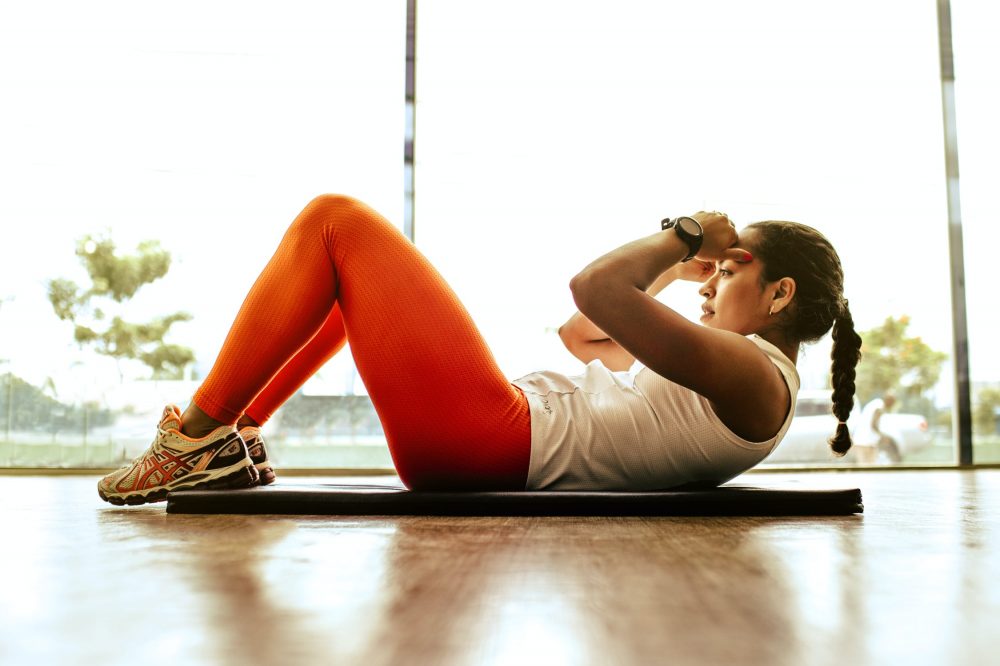 On July 1, Pinterest – the social network that allows you to curate and manage collections of images on personalized boards – announced its new advertising policy, which bans any ads that promote weight loss. One of the reasons? The striking and worrisome rise in eating disorders (EDs).

Around the world, the progressive de-escalation of the measures put in place for the fight against covid-19 has aroused love-hate reactions. On the one hand, gratitude and expectation for this long-awaited freedom. On the other hand, fear of what others will say. Bodies that are different from pre-pandemic ones, with a few extra pounds – or several less, depending on how anxiety is dealt with – are, with the beginning of summer, more exposed.

In an opinion piece, “The Weight-Loss Industry Is Coming for Our Post-Lockdown Bodies,” published in the New York Times, writer Jennifer Wiener points out that the diet and fake miracle industry has targeted post-confinement bodies. It wasn’t enough to survive a global pandemic, which has claimed the lives of almost four million people. No, now we also have to worry about whether the slower and more sedentary pace that the world had to adopt this past year and a half has added a few inches to our waistlines.

Pinterest echoed this phenomenon. Expanding the restrictions on ad content already in place on the platform – pills or products that promote weight loss, liposuction and before and after comparison photos –, on July 1, the social network presented an update to its ad policies, which now ban any messages, images or testimonials about weight loss. Furthermore, ads referencing body mass index (BMI) or similar indexes are also banned.

With these measures, Pinterest aims to strengthen the platform as a place for inspiration and an ally in the fight against the drastic increase in EDs. These measures, developed in collaboration with NEDA (National Eating Disorders Association), aim to lessen the negative effects of growing concern surrounding body image, deterioration in mental health and the flood of recent cases of eating disorders in the population. According to psychologist Erin Accurso, clinical director of the eating disorders program at the University of California in San Francisco, to the New York Times, “our inpatient unit has exploded in the past year”, taking in more than twice as many adolescent patients as it did before the pandemic.

But what is the explanation for this recent increase? Among other factors, the increase in the use of social networks, and the anxiety and uncertainty brought on by the covid-19.

The growing transition from participation in offline activities to a greater presence on digital media has not gone unnoticed. In Spain, in 2020 there was a striking increase in the number of new profiles on social networks. Instagram is the leader in the ranking of networks, and 49% of the user profiles are newly created. And an increase in the time spent on social networks has also been observed, with an average of almost two hours a day now.

Although they can be used as a way to connect and a source of recreation – especially for its youngest users – scrutiny of images of acquaintances and influencers on highly visual social networks can lead to a deterioration in mental health.

There is a myriad of studies which look into the effects of the use of social networks on the development of eating disorders, because what adolescents see on screens is highly influential. One of them, published in the International Journal of Eating Disorders, which focuses on the relationship between the use of social networks and eating disorders in young adolescents, found that a greater number of social media accounts was associated with higher ED scores. It also reflects a relationship between the number of hours spent on visual platforms – Instagram and Snapchat – and an increase in disordered eating behaviors.

Greater schedule availability, having the refrigerator a few feet away and a decrease in physical activity – along with the fear that these factors increase body weight – have led content on social networks this past year to focus on healthy food and physical exercise, subjects that can be difficult for people who are developing an eating disorder or are recovering from one.

For Marta (not her real name), a young Spanish woman who was diagnosed with anorexia nervosa and compulsive exercise at age 20, it hasn’t been an easy year. She tells Aceprensa that she’s also been more active on social networks –mainly Instagram– and the consequent exposure to content of a restrictive nature. “It’s hard seeing behaviors being promoted that led you to get sick and not fall into them again.” She’s been in therapy for three years, first in a hospital, then in a day clinic and now on an outpatient basis. “Promoting unhealthy behaviors on social media is a reality. It may not be identifiable to everyone, but we are exposed to a constant ‘now I’m fasting, now I’m cutting carbs, now I exercise morning, noon and night.’ And that’s mentally exhausting.”

“Getting away from ads and ideals that only promoted self-hate and surrounding myself with positive messages that fostered self-love was key,” says Marta.

Marta doesn’t believe that social networks are to blame for eating disorders – which are very complex mental illnesses, whose origins stem from feeling a lack of control over one’s life and deep-seated unhappiness – but they can act as catalysts. Healthy recipes, perfect lives, bikini photos. With this panorama, only one conclusion can be reached: If I cook this, if I lose weight, if I try a little harder, I’ll be happy. I’ll be able to get at least this one thing under control.

When looking for weight control ideas, most young people today turn to the internet and social media. According to a survey published by Common Sense Media, among teens who searched for health information between September and November 2020, searches for information on fitness and exercise ranked second, after searches for covid-19-related content.

The results they find – “fit-spiration” or “thin-spiration”– can be harmful and can promote eating disorders. According to Dr. Austen, a professor at the T.H. Chan School of Public Health at Harvard and a research scientist in Boston’s Children’s Hospital’s Division of Adolescent and Young Adult Medicine, the algorithms store information and are “designed to provide harmful weight loss content to users who are already struggling with their body image”. An example? Ads for dangerous dietary supplements.

For Marta, distancing herself from certain issues to get to where she is today, that is, clinically and mentally stable, was key. “The reality is that I couldn’t have healed on my own. I was very sick and needed a lot of professional help. But moving away from ads and ideals that only promoted self-hate and surrounding myself with positive messages that fostered self-love was key.”

She believes that Pinterest’s decision is a good step – and could even serve as an example for other social networks to become more aware of the influence their content has on mental health – but the measure won’t offer complete protection. You can still see content focused on weight loss and very restrictive eating – extreme diets that encourage not eating – as well as people who are developing an eating disorder. The youngest users are especially vulnerable to this type of content. “You won’t be able to control everything. Working on your own mental health is crucial, but it is encouraging to know that we’re going to stop seeing real atrocities being promoted in ads, which attack you on these networks without prior notice.”

The pandemic, another catalyst

The increase in anxiety and insecurity in the face of the uncertain panorama surrounding the pandemic has been a breeding ground for reinforcing (or worsening) existing EDs. Our lack of control over being able to carry out pre–pandemic work, study and leisure routines, and the lack of access to food and the inability to exercise were especially challenging for people with eating disorders.

A pilot study carried out by the ED Unit of the Department of Psychiatry, at the University Hospital of Bellvitge (Barcelona, Spain) monitored the impact of the first two weeks of confinement in patients with EDs via a telephone survey. Most patients had concerns about the increasing uncertainties in their lives: the risk of themselves or loved ones becoming infected with covid-19, and the potential negative impact of it on their work or on their treatment. Furthermore, 56.2% reported additional anxiety symptoms.

Concerns about diet, body image and weight increased during the pandemic

In an online survey – conducted jointly by the University of Freiburg Hospital, the Ludwigs-Maximilian Universität and the Schoen Clinic – of patients with anorexia nervosa discharged from hospital treatment shortly before the onset of the pandemic, 70% reported that concerns about diet, body image, and weight, their drive to engage in physical activity, and feelings of loneliness, sadness and restlessness increased markedly during the pandemic.

For Marta, these results aren’t surprising. She, too, lived the beginning of the pandemic with fear of relapsing due to the initial lack of access to certain foods and the change in routines, which had served as her guide on a day-to-day basis. “Seeing the empty supermarket shelves was scary. And so was the sudden change, widespread fear, and uncertainty of it all. Trying to seek control in these sorts of situations is a direct instinct, and for people with an ED it means taking control over their food consumption. Good cognitive tools are necessary for identifying other ways to act.”

For her and other people with an ED, establishing new daily routines, maintaining established meal times, and creating a plan of action for enjoyable activities were the most favorable strategies in assimilating the new situation. Tools such as meditation and breathing exercises were also a great help. “It may seem that, with everything that was going on in the world, these sorts of problems are frivolous. But it’s a mental illness that, especially in times of crisis, requires external support and understanding.”