Disinformation about the origins of covid-19 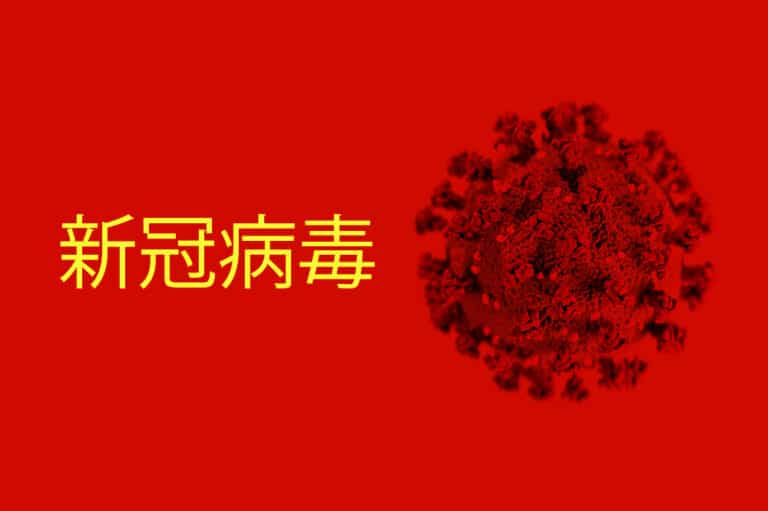 To stop the spread of unfounded claims about Covid-19, last February Facebook decided to ban and remove posts claiming that the virus was man-made. As such, posts that argued that the origin of the pandemic was the Wuhan Institute of Virology (WIV), where the first outbreak took place, were removed. But on May 26, Facebook lifted the ban.

The policy change, Facebook announced, was adopted “in light of ongoing investigations into the origin of COVID-19 and in consultation with public health experts.” A few weeks prior, a group of twenty prominent researchers requested, in a letter to the journal Science, a proper investigation into the possibility of a laboratory accident at the Wuhan lab. And it did not go unnoticed that their request was made on the same day that U.S. President Joe Biden ordered intelligence agencies to investigate the origins of Covid-19, including the possibility that it was leaked from the lab.

The timing is striking, because Biden’s order did not add or take away anything from the probability of a lab accident hypothesis. And it leads one to ask, what exactly were the grounds for Facebook’s decision to censor posts in February?

The general agreement is that there’s no direct evidence to support the Wuhan lab leak theory and that it is the least likely origin. But there are also no definitive reasons to rule it out, in the first place because the natural origin has yet to be identified. To date, SARS-Cov-2, as the covid-19 virus is called, has not been found in any animal, not even among those sold in the Huanan market in Wuhan, where the tracking back of the first detected cases points.

China launched an intense propaganda campaign to turn the “Chinese virus,” as Trump called it, into an “American virus”

The main cause for doubt surrounding the WIV is the secrecy with which China has dealt with the issue, along with the government’s efforts to convince the world that the coronavirus came from outside the country. In the West, fake-news hunters have focused on the usual suspects: the conspiratorial media around Donald Trump and the far right. But the contaminated information has also come, in large part, from the Chinese regime.

China launched an intense propaganda campaign last year to turn the “Chinese virus,” as Trump called it, into an “American virus.” According to Paul Charon of the Institute for Strategic Research of the Military School of Paris, “it was a relatively sophisticated manipulation operation to reverse stigmatization, inspired by Soviet methods used in the 70s and 80s in relation to the AIDS virus.”

After denying that there had been an outbreak of a virus similar to SARS, and consequently forgoing the opportunity to stop what was then an epidemic in its early days, Beijing launched a media offensive attack both at home and abroad. The number of Chinese diplomats’ accounts tripled on Twitter and doubled on Facebook in the first months of 2020. In May, the consulting firm Graphika identified some 1,200 accounts on these platforms and on YouTube, partly created and maintained by artificial intelligence, dedicated to disseminating the Chinese’s version on the origin of the pandemic.

The Chinese also leveraged the publications of pseudo-expert, Larry Romanoff, who had multiple accounts on Western networks, and who, in eight months, published about 100 articles in support of Beijing’s thesis on the origins of the virus. They were spread by sites like Globalresearch.ca, which take pride in “exposing” complots. In this sort of campaign, oftentimes the far-right conspiracy theory believers are, unknowingly, accomplices of Chinese communists.

At the end of last January, the Chinese official media began propagating that the United States created SARS-CoV-2 in a Pentagon laboratory (specifically, in Fort Detrick, according to the spokesperson for the Chinese Ministry of Foreign Affairs Information Department, Zhao Lijian, one of the of the most active disinformers of the campaign) and that it had been introduced into China via American soldiers who had participated in the World Military Games held in Wuhan in October 2019.

In February, they opened another front focused on pangolins. The South China Agricultural University came out with a study which indicated that a virus almost identical to SARS-CoV-2 had been identified in a group of Malayan pangolins which had been seized in the spring and summer of 2019 at Chinese customs. The study was never published, and in fall 2020, Malaysian veterinarians and biologists announced that in a sample of 330 pangolins, no trace of the coronavirus had been found.

In June 2020, Chinese propaganda pointed to another possible origin of the virus: frozen food imported from Vietnam and other countries. It once again failed to provide evidence and there has been no outside confirmation of the claim. The following September, the new target of the Chinese campaign was the “200 secret North American biosafety laboratories”, scattered throughout the world, from which the virus had escaped from, according to a video released by Chinese state media on social networks.

This sophisticated and boorish campaign would not have aroused nearly as much suspicion had China been more transparent regarding information related to the origins of the epidemic in the country. The WHO-led mission was not admitted into China until a year after the first outbreak, when there was a lesser chance of finding direct evidence concerning the virus’ origin, and investigators could only see what the Chinese authorities wanted them to see. Beijing clings to the conclusion of the international team, which stated that it is “extremely unlikely” that SARS-CoV-2 came from an accidental leak at the Wuhan lab. But WHO Director-General Tedros Adhanom Ghebreyesus, who initially had praised China for its management of the crisis, later said the mission’s investigations had not been comprehensive enough.

What’s more, other countries’ transparency has been exploited by China for its own benefit. Some countries – such as Italy, France, and the U.S. – have pushed back the date of the first known cases of infection after discovering traces of the virus after testing thousands of blood samples in blood banks. The Chinese have not relented in their emphasis of the fact that SARS-CoV-2 circulated outside their country before their patient zero was diagnosed. But they haven’t conducted (or at least published) similar tests.

During the WHO-led mission, China provided just a hundred blood tests from patients with symptoms compatible with Covid-19 treated in Wuhan before December 2019. Of which, none were found to be contaminated with SARS-CoV-2. However, as mission director Peter Ben Embarek put it, the selection of so few samples out of tens of thousands was too restrictive.

The first suspicion that the virus could have come out of the WIV was actually from a Chinese source, but it has not been corroborated. At the end of February 2020, the government ordered scientists to submit any covid-19- related research projects for review and prior approval, and prohibited them from communicating data from biological specimens, cultures, etc. to other institutions or individuals. The regime thus ensured its control of everything that its specialists made known about the disease.

Consequently, a paper which had appeared just days before on ResearchGate (a portal for publishing preliminary research papers) authored by Botao Xiao and Lei Xiao, of the South China University of Technology (Canton), was withdrawn. The authors had stated that in Wuhan there are two laboratories that are investigating bat coronavirus, and that one of them is 280 meters from the Huanan market. They concluded: “After extensively examining the history of the laboratories, we hypothesize that the coronavirus most likely comes from one of them.”

China’s lack of transparency has been fueling suspicions, and not only within conspiracy circles; it was one of the motivating factors behind the letter published in Science. But it is noteworthy that an online group by the name of Drastic made up of scientists and other interested individuals (whose queries in relation to the Wuhan lab were also censored on Facebook), also contributed to suspicions. One of the group’s members, Italian microbiologist Rossana Segreto, of the University of Innsbruck, discovered that the known coronavirus genomic sequence closest to that of the SARS-CoV-2 virus, made public in February 2020 by Wuhan lab scientists, had in fact already been published by other Wuhan lab scientists in 2016, although then they called the virus something else.

That forced WIV to publish a clarification in which it also specified the origin of the virus: an old mine, populated by bats, where in 2012 six workers had contracted a mysterious illness, from which three died. An anonymous volunteer, apparently from India, discovered more details about the strange disease and the mine in two reports and a thesis written between two and seven years back by PhD candidates at the Wuhan Institute of Virology. The 2019 thesis led French virologist Étienne Decroly to detect a difference between the genomic fragment published in 2016 and the 2020 genome sequence. The difference is in the spicule gene, which is the “key “ with which the virus enters the host’s cells. But the WIV says it is impossible to reconstruct the 2016 sequencing, as the sample was not preserved.

The origin of SARS-CoV-2 remains unknown, and may very well remain that way. After all, the exact origins of the SARS virus and the Ebola virus are still a mystery. What is peculiar about the case of the coronavirus is that disinformation has been heaped upon ignorance. And social media, in an effort to stop its spread, frequently are misdirected.