An F for the most popular “educational” apps 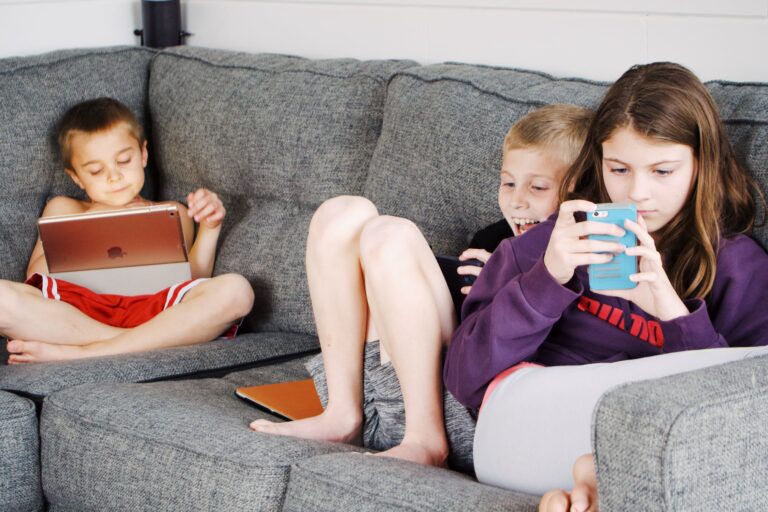 The use of so-called “educational” applications (apps) has been especially intense throughout the pandemic, as some of the main developers’ numbers show. However, despite these tools’ theoretical potential, when it comes to strictly educational standards, few offer quality service.

This is the conclusion of a recent study conducted by a team of seven researchers focused on the United States, a country where the return to in-person education has been particularly slow. As the authors confirm in a recent article published on the Brookings Institution website, since schools closed, the time that children have spent in front of screens has increased by 50%. And not all this screen time has been for leisure’s sake. Perhaps a consequence of parental insistence, the number of downloads of apps classified as educational has increased exponentially. Those offered by the two main download platforms, Google and Apple, have accumulated 25% more hours of use than in the same period last year.

Given this context, the assessment of these tools and whether they are delivering on their promises is particularly important. Unfortunately, the conclusions are not very encouraging. Several previous studies had already sounded the alarm on the shortcomings of specific aspects: the number of distracting elements in apps designed for preschool-age children, the limitations of apps designed to assess reading comprehension (for example, many only mark users’ answers as “correct” or “incorrect” without any further explanation), or the use of methodologies with little scientific grounding for teaching math or reading. These deficiencies can especially affect the most disadvantaged students; previous research shows it is precisely families with fewer resources which place the most trust in these types of apps, and who download free apps to a greater extent.

The present study is likely the most comprehensive to date. The authors have selected 125 educational apps from three sources and according to three different criteria: the most downloaded apps on Google Play, the highest rated ones on Apple Store (which doesn’t offer download numbers) and the most used apps in preschool education centers (according to a University of Michigan study). About half of the total apps included are free. Among the paid ones, there are those that cost less than a dollar, and others that cost close to nine dollars.

To evaluate the apps, the authors use a theoretical framework of “four pillars” proposed by a group of experts in 2015, and according to which any educational app for minors must promote active learning (that is, the child does not simply react to stimuli and it fosters creative thinking), engaged learning (i.e., distractions are avoided and the feedback that the user receives has truly educational content), meaningful content (the contents have to do with the child’s daily experiences and they are well connected with previous learnings) and socially interactive (it encourages a rich interaction, either with other real individuals or with virtual characters). Every app is assessed against each criterion according to a 0-3 scale. If the sum of the four criterion’s score is equal to or lower than 4, the app is classified as “lower quality”.

It so happens that nearly 60% of the apps fell into this category, with overall scores of 4 or below 4 (64% of them were free apps and 50% were paid apps). In general, the pillars where apps scored the worst were in the “socially interactive” and “engaged learning” ones. Where apps did the least bad, so to speak, was in the meaningful content pillar, though nearly two thirds of the selected apps also failed here. The authors identify a correlation between the first two pillars: apps that offer a less active user experience generally are more filled with distractions.

The study includes several specific examples to help illustrate the limitations found in many of the apps. For example, within the active learning pillar, the researchers point out that they gave a zero to an app which simply has users pop bubbles where letters appear, noting that this “does not require great mental effort or any creative thinking”.

When it comes to the engaged learning pillar, the authors are quite critical of the number of ads users encounter in the apps. Apart from being dangerously manipulative forces for young users, in many cases ads represent an abrupt break in the learning process. This pillar also includes the rating of the quality of feedback each app offers its users after his/ her answer to any given question is entered. According to the authors, in the vast majority of the apps, this feedback is either not sufficiently specific (mere sounds or visual effects when the user answers correctly) or excessive and of little educational value (such as screens filling with dozens of tiny stars that pop up when the answer is right, which can distract the child from the primary goal).

The authors also include several cases of both bad and good practice in relation to the other two pillars: content relevance and social interaction. Regarding the latter, the researchers are especially pessimistic. More than 80% of the selected apps tend to isolate children on their screen rather than encouraging social interactions.

In light of the evidence found, the authors offer several recommendations. These include encouraging app developers to seek the advice and collaboration of education experts and psychologists, suggesting parents do some research of their own before downloading an app (and that the parents should be the ones doing the downloading, not their children), and, if they can, using the app with their children. On the other hand, the study also acknowledges that “most apps cannot offer the benefits provided by traditional, unstructured, manual and creative forms of play.”