“Our landlady didn’t understand why we were leaving Russia” 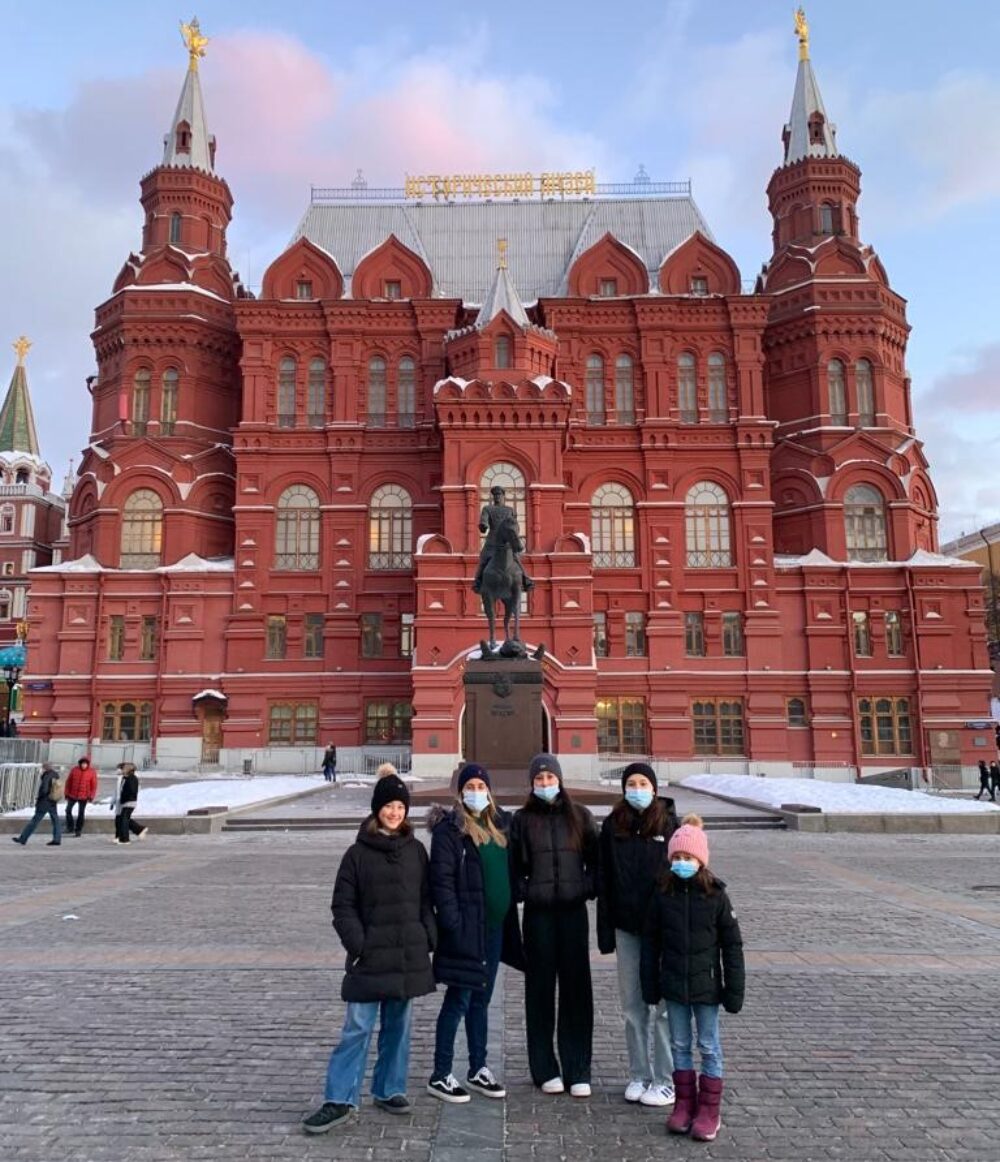 Brussels.— Natalia and her husband are from Colombia and have lived in Brussels for more than 14 years. Last January, before the war broke out in Ukraine, he was assigned by his company –a multinational car company– to Moscow, where they moved at the beginning of February. They’ve just left Russia, taking flight after the company informed him that they had to leave before they could wind up trapped there.

It hadn’t been a month since they had first set foot on Russian territory. He was just beginning a new chapter in his career with a new position within the same car company, and she was ready to settle into Russian, learn the language and raise their family there, with 4 girls and a boy on the way. They’ve just returned to Brussels, after a hellish journey. Natalia shares their experience.

— How was your departure from Moscow?

— It’s all happened so fast! The worst part was the uncertainty. But we knew that we had to leave when we received the first email from my children’s school with a message from the American embassy. We hadn’t even unpacked all the boxes from the move from Brussels. Shortly after this first message, we received another from the Belgian embassy and we knew for sure that we had to get out when my husband’s company encouraged us to leave and return to Belgium, where we had left only three weeks before with all our belongings and after the girls had said goodbye to their school, their friends, acquaintances… Our fear was that the situation would deteriorate even more and that we wouldn’t be able to catch a flight out because the airspace would be closed, which indeed happened later.

— What was the feel of things when you left Russia?

— The silence is striking. Russians have virtually no access to information. Everything is controlled, you’re afraid to do anything. You feel completely watched. You simply notice that they know your every move. For example, there are cameras everywhere, in the most unimaginable places. If they want to know who’s attended a demonstration, they can go over camera footage and, if they identify you, your freedom is over. When we arrived at the airport in Russia, they measured our facial features with a ruler. At the airport, it was totally surreal. Then they applied facial recognition techniques and compared everything with our passport photos. To get a work permit, all foreigners and their families must pass an exhaustive medical examination that takes more than a day and has to be done from time to time.

And Russian citizens suffer from a total lack of information. When we left, our landlady didn’t understand why we were leaving Russia. She told us: “But this will all be over in a week”. That’s what Putin thought. A quick operation that would last less than a week to take control of the country. Now everything’s changed.

— How did you manage to get out? Were there other foreigners on the flight you took?

— The most important thing was to act quickly. Last Monday we had several flight options, none through Europe, but at least there was something. Three days later, when we went to buy the tickets, we only had the option of leaving through Turkey, via Istanbul, where we landed 5 hours later (it’s a flight that normally lasts 3 hours) and where we spent a night waiting to catch another flight the next day to Brussels. Another problem was the lack of money in the ATMs. Although we were able to get rubles, many expatriates were frantic because the banks weren’t providing them with the money from their accounts. In just a few days, all the foreigners got up early and at ungodly hours they went to withdraw their money. Our residential development, which was very close to downtown Moscow, but full of foreigners, totally emptied out. I remember the silence. From one day to the next, there was no one left. When we arrived to the Moscow airport to leave, total silence… It looked like a ghost airport. Everyone had already gotten out.

Natalia and her husband are back at square one. Their Russian adventure lasted just three weeks.

— None of it makes much sense to us now. We had really decided to take the risk and all the life changes it implied, with four girls and a baby on the way [she is now 8 months pregnant], because of the job opportunity for my husband. We were really happy. And everything has changed in less than a month. We have to re-integrate our children, my husband has to do the same at work. But we know there must be a “reason” for it all. I guess God will help us see why soon.

What you really have to worry about is Ukraine, of course, but also the Russians. They don’t deserve this, they don’t want it. And they’re going to suffer financially, a lot.