Crypto art: Artistic revolution or a new form of speculation? 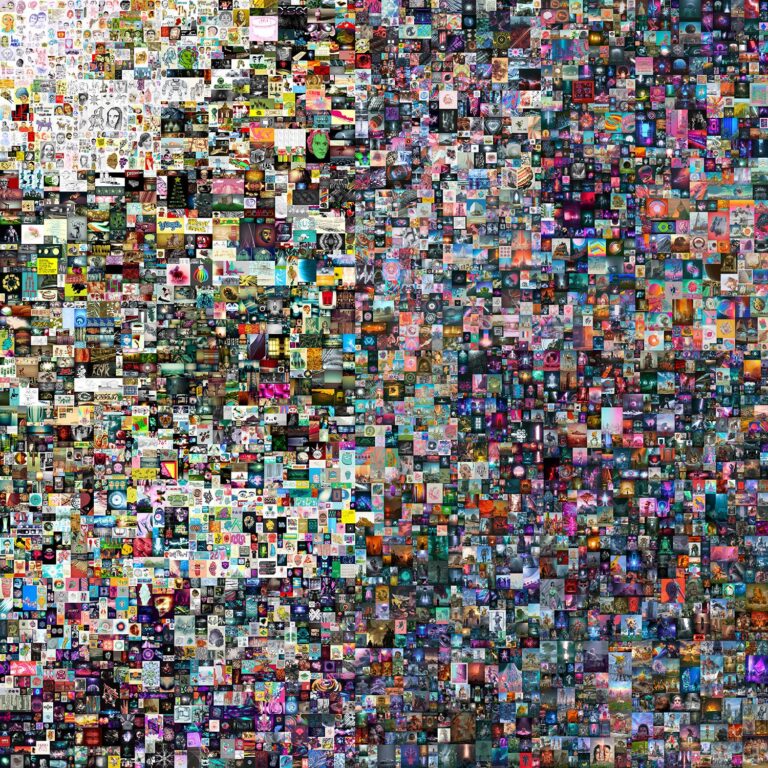 Art, with all its creative potential, is constantly evolving. However, in recent years, the way people can own it has also changed: specifically, for certain works which can’t be hung in galleries, such as digital art. This has been made possible with the creation of NFTs (non-fungible tokens).

NFTs use the same technology as cryptocurrencies to secure one or more originals of a work of art, in the same way that there are a limited number of coins. They’re digital tokens encrypted with the artist’s signature on the blockchain, so that digital accounting can be carried out and the authenticity and ownership of the works can be verified.

In effect, with blockchain technology, each node of the network stores its own information as well as that of the previous node, linking the data and ensuring the traceability of transactions, similar to how a registry works. This digital signature makes the created artwork different from any copy, thus eliminating the possibility that a screenshot will have the same value as the original. Each piece has a unique identification number that is used to recognize it and to verify and trace its history, thus eliminating the possibility of pirating the work, or at least ensuring that the original work can be identified. This is what is called tokenizing or minting. Once this is done, the piece can appreciate or depreciate monetarily based on supply and demand.

A guarantee of originality

This is especially valuable for the world of digital art, where creations can be copied and disseminated indefinitely, robbing them of the value being an original gives. NFTs eliminate this problem by guaranteeing the buyer that they will have the artist’s true original. This, in addition, increases the value of the piece, since it limits its reproduction and makes it a unique or scarce commodity. Artists benefit from this reality too, offering them new tools to protect their authorship and work.

NFTs, by guaranteeing the originality of digital art, allow direct sales to buyers anywhere in the world, without the need for intermediaries

In addition to guaranteeing originals, NFTs allow direct sales to buyers anywhere in the world, paving the way for a more popularized and direct art market, without the need for intermediaries, such as galleries or auction houses. For this reason, many artists attest that crypto art is the “art of resistance” that, like bitcoin, was conceived with a desire to create a more open, transparent, decentralized internet, with greater privacy for users.

Tokenizing art has numerous advantages that come with blockchain technology: anti-counterfeiting, price and ownership history, programmability, etc. That’s why many artists and buyers see NFTs as revolutionary for the art world. But are NFTs really an artistic revolution?

The art market and speculation

The traditional art market doesn’t want to be left behind and has tried to get in on the NFT mania. A few weeks ago, a piece of digital art was sold for the first time as an NFT at a premier auction house. The artwork up for auction was “Everydays: The First 5000 Days” by Mike Winkelmann (Beeple) and it fetched $69.3 million at Christie’s. The piece is a collage of 5,000 images that took 13 years to complete. The asking price was just $100, but the more than 350 potential buyers took the figure through the roof, positioning Beeple amongst the most expensive living artists such as David Hockney and Jeff Koons.

Traditionally, the purchase of art is already seen as a form of investment which goes beyond artistic taste and collecting. Many people decide to purchase a piece of art with thoughts of its possible resale value. In this sense, NFTs are nothing more than a new currency for conducting transactions in the art market.

All of this has raised questions about a possible NFT bubble, with many wondering if they will be worth anything ten years from now. As we’ve seen, NFTs are a way of acquiring assets, of buying “something”. That said, the bubble will depend not on the NFTs themselves, but on whether that «something’s» price goes up or down (which will probably happen to many of the things that are being frantically bought today, but not necessarily to all of them….) As in everything, there are things that are good investments and things that are not. The investment itself is not the NFTs, but what you buy with them. For this reason, people like Fred Ehrsam, co-founder of Coinbase, has said that 90% of the NFTs purchased today will be worthless five years from now.

The future of art (and other assets)

A few weeks ago, news of Christopher Torres, the creator of the GIF Nyan Cat, went viral for the sale of his Poptart cat animation for almost $600,000. These types of sales have motivated other meme creators to sell their original creations, such as “Disaster girl”, “Overly attached girlfriend” and “Grumpy cat”, which have sold at NFT auctions for hundreds of thousands of dollars.

NFTs offer an ideal way to monetize and commercialize intangible assets (music, digital art, etc.). However, other tangible assets may also be marketable through non-fungible tokens via transactions protected by the blockchain. In this way, people will be able to purchase things like paintings or sculptures through NFT. The advantage is that you don’t need a single buyer: physical assets can be tokenized, enabling many people to acquire a fraction of an asset that would otherwise be out of their reach, like a famous painting. There is one original with several owners, who can verify their transaction because the data is registered on blockchain.

For many, NFTs are the future of art, allowing monetization and commercialization to exist in a new way, and therefore giving digital artists’ work economic value and a shot at a livelihood, as well as a new market for traditional artists. This crypto market has emerged as something that attracts new buyers, so its success does not depend on the detriment of the traditional art market.

As for the future, art is independent of its monetization, and this is demonstrated precisely by the fact that digital art, even when it was not monetizable and nobody made money from it, was being created. “Artists have been using hardware and software to create artwork and distribute it on the internet for the last 20+ years but there was never a real way to truly own and collect it,” explained Mike Winkelmann in a press release after the sale of his artwork at Christie’s. In fact, digital art was even exhibited in physical form before it could be put up for sale using NFTs.

That’s why it is important to distinguish between artistic motivation and the ability to create new things (such as Winkelman’s works or old memes that already existed before they could be commercialized) –regardless of whether they are digital, visual, musical, etc.– and the ability of artists to generate money from their creations. NFTs are a question of financial infrastructure, but not of art in itself or their value in and of themselves. The value of art is not only the monetary value it generates. Therefore, NFTs are not the future of art, but perhaps they are the future of its monetization.