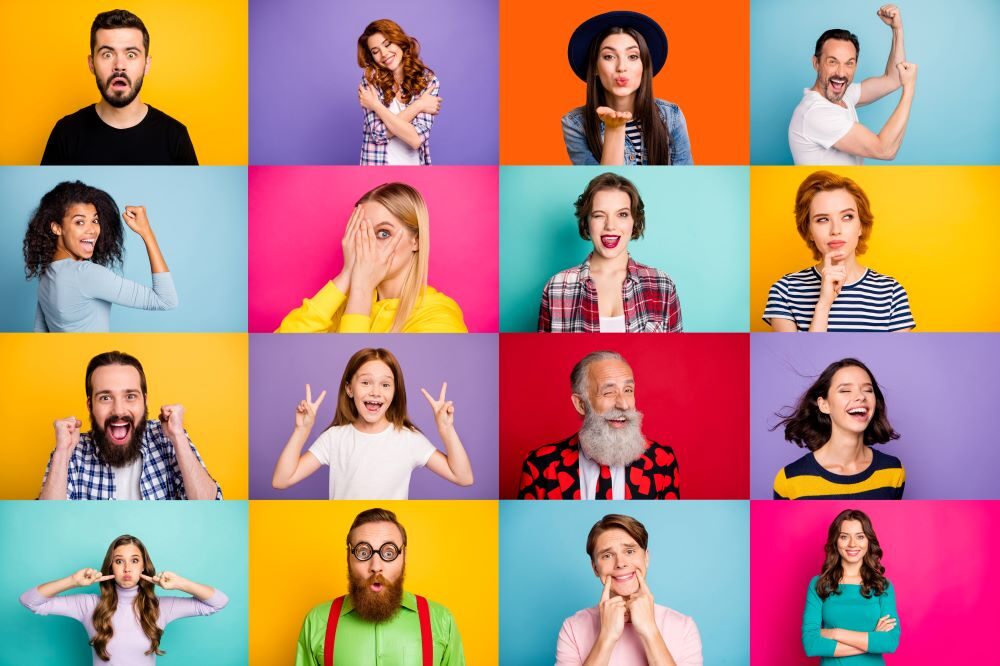 That a society has authenticity among its highest ideals is excellent news. And how could it not be if values such as sincerity, personal coherence or independent judgment are included in the package? But this is not the message that usually reaches those hearing today’s advice to “be yourself”.

The slogan is everywhere: songs, ads, TikTok videos, reality shows, movies, t-shirt taglines… And in any number of tones. Inspirational: “Just be yourself and the right people will come into your life.” Emphatic: “Believe in yourself and you’ll be unstoppable.” Threatening: “Never dim your light to make someone else comfortable.” Responsible: “Be the change you want to see in the world.” Realistic: “Be yourself. It doesn’t matter what people say. Even if you were perfect, they’d judge you.” Sincere: “Be yourself, but not too much”…

Popular culture constantly invites young people to be themselves, but then how far does it actually allow them to define this freedom for themselves?

The question brings to mind one of the warnings literary critic Lionel Trilling made in his book Sincerity and Authenticity, published in the early 1970s, in the midst of social change: “The concerted effort of a culture or of a segment of culture to achieve authenticity generates its own conventions, its generalities, its commonplaces, its maxims.”

Listen to your heart

Nowadays, pressures are mounting on several fronts. In theory, social networks are the perfect space to express your originality through opinions, videos, poems, stories or any other personal creation. But in practice, imitation, posturing of all sorts (greenwashing, pinkwashing, wokewashing…) and beauty filters –which function as masks of our real selves– are common.

Another form of pressure is the effort to reduce the question of our identities – who are we? – to sexual identity. In certain media, there is a permanent invitation to define oneself against “heteronormativity”; that is, to deconstruct feminine-masculine differences and embrace gender fluidity.

The insistence with which celebrities encourage us to discover our essence by appealing to feelings as our only guide, instead of integrating them with our intelligence and our wills, is also a recurring factor. “Every one of us has (…) a heartsong that speaks to us”, Oprah Winfrey explained to a young woman. “Your only job is to be able to listen and discern when it’s speaking versus when your head and your personality is speaking. And if you follow that, you will be led to the highest good for you. Always.”

Usually hand in hand with this purely emotion-plated version of “being yourself” comes the posing of a dilemma which is as unreal as it is unnecessary: on one side are your dreams, your passion, your desire to live your own life in an authentic and exciting way; on the other, the sad reality of your daily responsibilities. Winfrey has advice for this too: “People think your job is to get up and go and raise money and take care of your family — that’s an obligation that you have, but your only true job as a human being is to discover why you came, why you are here”.

Faced with this false dichotomy, Erika Bachiochi invites young people to pursue their dreams with an eye on both the great existential questions of life and the small everyday questions: those that reveal to us what our duties are in the concrete circumstances of the every day. For example: “Who or what am I responsible for today? How can I use my time well? What ought I to do in this situation? How do I treat this person with the love and dignity she deserves?” Questions like these help us discover what our unique mission in life is.

In today’s quest to “be yourself”, anything (and everything) that’s part of me is valuable merely because it’s part of me

I’m enough and I’m everything

Today, the imperative to be oneself falls far short of the attractive ideal outlined by Charles Taylor in The Ethics of Authenticity. The Canadian philosopher saw no incompatibility between being true to oneself and open to “horizons of significance” that transcend the self, such as “history, tradition, society, nature or God.”

But now another version of authenticity rules. In his book Tantos tontos tópicos (meaning “So Many Stupid Clichés” in English) Aurelio Arteta bemoans that the advice to “be yourself” has come to mean something so different from the classic notion of “becoming who you are”. If the ancient Greek lyric poet Pindar encouraged people to seek the best version of themselves through self-knowledge and the exercise of virtue, the contemporary “be yourself” –at least, the notion that’s generally recognized nowadays– has turned this quest into an incontestable truth that everything about me is valuable by the mere fact that it is part of me.

Understood in these terms, “being yourself” not only exempts each one of us from the noble and demanding task of seeking our own moral improvement, but it also imposes on everyone the obligation not to question anything even slightly related to what today is seen as an extension of personal identity: opinions, values, lifestyles…

It’s the logical consequence of the premise: If I have nothing to improve on or learn from others, no one has the right to suggest a possible change in the way I think or act. And by “others,” parents, teachers and friends, and also the great books of literature and thought, are certainly included.

This mindset converts relativism and the cult to diversity into non-negotiable civil values: no one can claim that there are better ideas or behaviors than others. The mere fact we affirm anything with “I see it that way” or “I feel it’s this way”, grants validity to any point of view. Or as Arteta says: “The rhetoric of difference and diversity culminates in the nonsense of preaching that every moral option is equally valuable merely because personal choice itself is the only thing which gives value to anything.”

Forced to be authentic

The paradox lies in the fact that, after proclaiming from the rooftops that there are no objectively better options than others, but rather it’s everyone’s subjective decision that confers meaning and value to everything, popular culture supports a vision of authenticity that gives others the power to define us.

As Joseph E. Davis explains, commenting on the German sociologist Andreas Reckwitz, today it is not enough to be an average Joe; you have to excel at something and show the world those special qualities that make you different, unique. “Performative authenticity,” as Reckwitz calls it, is an obligation: we all have to prove our singularity, if we don’t want to be relegated as outcasts.

And this performance ends up being exhausting. Among other things, because it requires a continuous effort to reinvent yourself. “Like fashions –writes Davis–, there’s pressure toward the new and the novel, and what was unique one day might be commonplace the next. Even if you pull off a good performance, there’s a need to be flexible, to be ready to reinvent your difference. There’s always the danger of becoming inconspicuous.”

What’s more, any recognition of one’s worth is left in the hands of others: it’s others who give me value and grant me the desired social status of being a “unique person.” As real as our singularity may be, the distinctive quality “only counts as authentic when it is socially recognized.”

And the pressure is intense, because being just an anybody in the crowd is a “sign of failure.” And although Davis doesn’t raise the question, it’s worth wondering if this idea of ​​authenticity may be contributing to the rise of extreme, and often dangerous, challenges on social media.

The happiness of being oneself

With these rules of play, it’s not difficult to imagine where the self-esteem of so many young people lays. And it is not uncommon that many openly confess they’d prefer to be special than happy.

In an antipode to this approach, psychiatrist Fernando Sarráis proposes in Auténticos going the opposite way to achieve happiness: achieve “a greater appreciation of one’s own judgment than that of others’”; rejecting “that version of our ideal or perfect selves” that we’ve forged for ourselves or that others have projected on us, and to begin to love our real selves unconditionally, which does not exclude an effort to change in ourselves what can reasonably be changed. In this vision, one still seeks the best version of him or herself, through the cultivation of knowledge and virtues, but one also learns –as Sarráis advises – to accept oneself, to see the positive in oneself and not to feel ashamed of who one is.