The discussion in Europe on inclusive language has only just begun 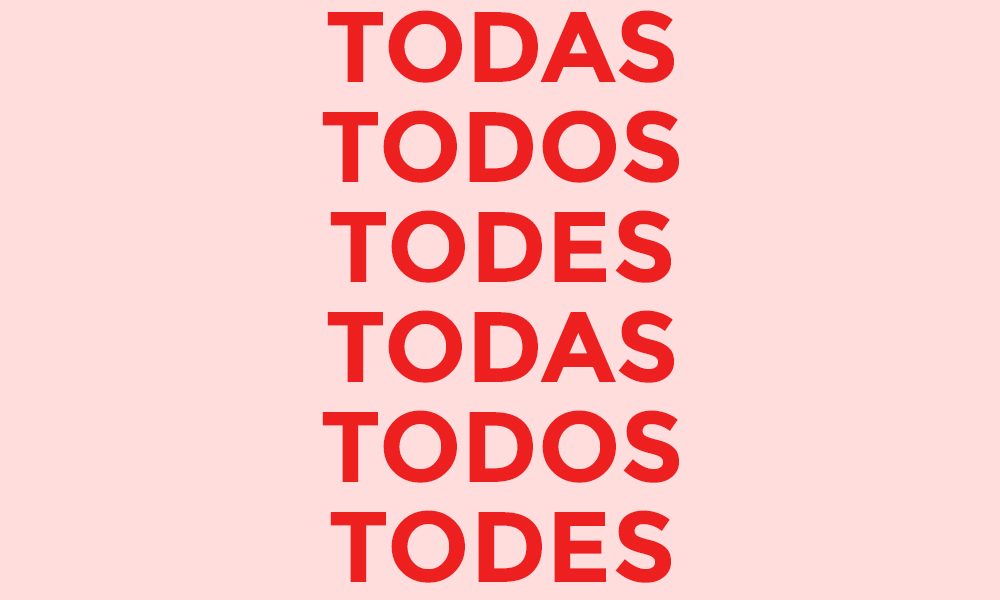 Brussels.— The decision of France’s government to ban the use of inclusive language in schools has reopened the debate in European societies about sexism in language, the sexualization of language and the breakdown of the cultural codes that have, until now, been in place.

The announcement made public by the French Minister of National Education, Jean-Michel Blanqueur, is grounded in the idea that “inventing words”, as occurs when it comes to the French, with the use of in-betweens to include both gender endings, is an aberration. The practice has become more widespread not just within the realm of education; within official bodies, the use of spellings such as “les député·e·s” (“members of parliament”), which is the result of combining the feminine “députées” and masculine “députés”, has become more common.

The French Ministry of National Education considers that this form of writing has nothing to do with the fight against sexism, and the only thing it does is impede the understanding and learning to write a language that –admittedly– is already especially difficult to learn due to its complex spelling and grammar rules.

The evolution of language

Barbara De Cock, linguist and senior lecturer at the Catholic University of Leuven, spoke with Aceprensa on the matter. “Language –she pointed out– is in constant evolution. To give an example of a gender related issue, Spanish has lost the neuter declension (except for some very specific cases, such as the demonstrative pronoun), which existed in Latin and Greek. In other words, there have already been changes in terms of linguistic gender at other points in history, so it is not unimaginable that there will be more”.

“Discussions concerning the evolution of language are totally normal,” she adds. Now, “a debate like the one surrounding inclusive language also reflects discussions about the way society is organized.”

According to a survey, in Germany, “most believe that it goes too far when more and more attention is placed on gender neutrality”

For De Cock, there are several factors in play when it comes to inclusive language. For one, she says, you have a group of people who do not identify with the existing binary gender division (that is, male or female). But the term “inclusive language” is also used in reference to other phenomena. It can mean using words that do not denote a specific gender (“the people”), in words which denote the gender of those referenced (for example, “diputadas” [female parliament members in Spanish] and “diputados” [male parliament members]) or it can refer to new words entirely (such as “todes” in Spanish, or “les député·e·s” in French). “The discussions are often polarized around one of these specific aspects, oversimplifying the issue, which is in fact more complex.”

This complexity, where moral issues, political conflicts, and the natural evolution of language as a reflection of society are all interwoven, is what causes controversy around the issue. Sometimes citizens fail to understand the reasoning behind a new measure, or it seems to them that it has been imposed without rhyme or reason beyond the mere political preferences of a certain demographic group.

A study authored by Renate Köcher, director of the Allensbach Demoscopy Institute, reflects the current state of opinion in Germany regarding freedom of expression. The title of the study is eloquent in itself: “The limits of freedom.” And it includes a section on inclusive language.

Allensbach’s study says: “One in two citizens is convinced that currently you have to be careful with how you behave and what you say in public: 41% criticize that political correctness is exaggerated and 35% consider that it is only possible to express one’s opinion freely within private circles.”

In addition, according to Renate Köcher, “the intensity with which certain expressions are being promoted and mainstreamed” has been especially influential. For example, José M. García Pelegrín notes that on German television the norm for greeting the audience has gone from “Zuschauerinnen und Zuschauer” (which includes the masculine and feminine forms of the word for “viewer”), which is quite long, to “Zuschauer:innen,” where the colon requires the speaker to briefly pause, which ends up sounding anything but natural.

Köcher notes that “most believe the debate has gone too far when more and more attention is given to gender neutrality, either by requiring that the masculine and feminine forms always be used simultaneously in speeches, or when job titles include three genders. And then you add the lack of understanding of the issue across several generations and educational levels. In general, the majority still have a hard time accepting the official introduction of the third gender”. He sums up his study with this statement: “57% of the population find it burdensome that more and more people dictate what to say and how they should behave.”

In Belgium and other European countries, the same debate has been opened, and the polarization is increasing. Anne Dister, linguist and professor at Saint Louis University in Brussels, in statements gathered by the Belgian radio station RTBF, affirms: “Inclusive writing is based on a false assumption: that the masculine eliminates the feminine. Who thinks that if a sign reads passage piétons (that is, the masculine of the word ‘pedestrian’ on a sign for pedestrian crossing) it means that women cannot cross? It’s pure and simple economy of language.”

“The gender endings used to reference a profession or trade influences whether we associate its practice more with men, or with both men and women” —Barbara De Cock, linguist

Belgian’s coalition government has not yet imposed inclusive language, but has strongly recommended it in all official bodies and schools. Étienne de Montety, writer and deputy editor-in-chief at the French newspaper Le Figaro, in statements to La Libre Belgique, comments: “What bothers me most about this type of language is its militancy, its moralistic mandates to impose an unnatural and impractical way of writing. I’m putting myself in the shoes of students for whom learning French is already difficult.”

Part of the discussion surrounding inclusive language concerns has to do with discrimination. According to a study, points out Barbara De Cock, there is a tendency, especially among men, to interpret a masculine pronoun in generic use as referring more to men, although in theory it also designates women. Another article mentioned by the professor suggests that presenting professional titles in both the masculine and feminine forms makes it easier for children to consider the possibility of growing up to become this or that profession. “It’s difficult to equate this directly with a strong impact on discrimination,” notes De Cock; but studies indicate that “the grammatical gender with which the word for a profession is written influences our associating the profession with one gender over the other, as opposed to it being perceived as equally masculine and feminine in nature, for both men and women.”

In any case, she adds, there are certain “uses and practices” that need to be laid to rest: “At my university, it’s already been imposed that we address female students as madame (Mrs.) instead of mademoiselle (Miss), even if they’re single. The use of the words madame and mademoiselle in French is beyond widespread, but these words refer only to the marital status of women, and there is no equivalent for married and single men”.

Language is determined by how we interpret what is happening in society, and that can be positive or negative. Today, the term “cleaning lady / man” has already been replaced, at least in many northern European countries, by the term “hygiene technicians”. A person who years ago was classified as “mentally retarded” or “handicapped”, today is described as having a “disability”.

Once again, this issue is mixed with many factors that are difficult to address from a cold and pragmatic point of view. Evolution in language is constant, and therefore shouldn’t surprise us. But in inclusive language a social component is also added, with political and moral nuances, which make us wonder, like Renate Köcher, where are the limits of our freedom…?