Conference on the Future of Europe: An opportunity to become a community once more 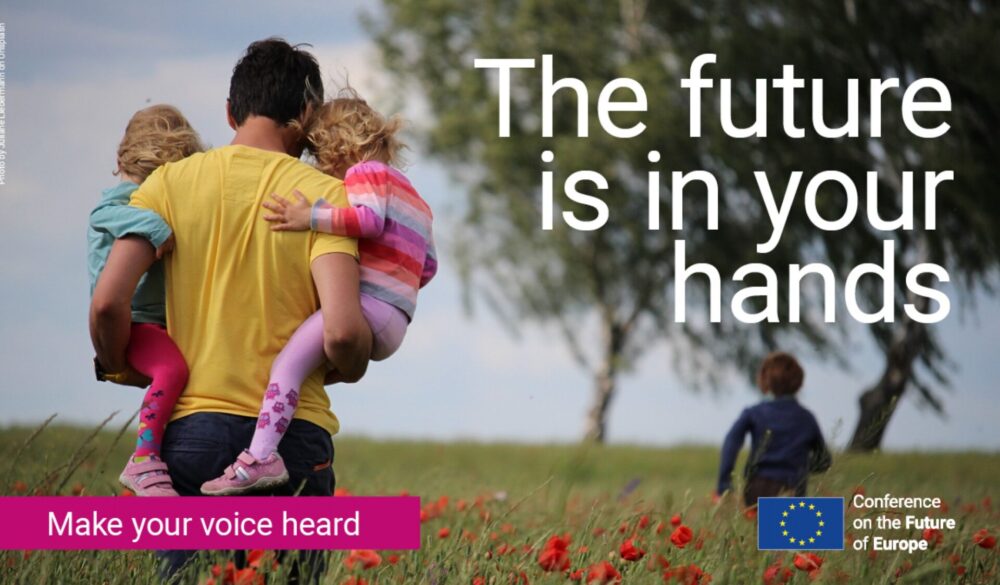 Brussels.— On May 9, the Conference on the Future of Europe will kick-off. It is an innovative idea of the European Commission that was postponed indefinitely when the pandemic broke out. Now, with an entirely novel format, the Conference will launch with the goal of giving European citizens a space to express their opinions on what they wish to see for Europe and what they want to see change.

One of the commitments made by the Commission chaired by German politician Ursula von der Leyen was to make the European Union a more participatory union, to consider the needs of the populations which make it up. But to shape the Europe of tomorrow, it wouldn’t hurt the current European leaders to look back briefly on history.

On April 18, 1950, the European Coal and Steel Community (ECSC) was created. It was an attempt to jointly manage the mineral resources that had fueled the industry during WWII. Years later, together with the Treaty of Rome and the Euratom Treaty in 1957, the European Economic Community (EEC), was created. These are, in short, the so-called foundational treaties of the current European Union: The seeds of the EU.

70 years later, is the EU at a crossroads? Is this a time of change or transformation? Or of crisis and threat?

The economic crisis, the pandemic, Brexit and, above all, public disappointment in a project that seems feeble in the face of great challenges, seem like too many obstacles to surmount for the political machine which marked a watershed in the history of Europe.

If we take into consideration the words of one of its founding fathers, Robert Schuman: “Crises are opportunities”, we could see these challenges as steps backwards, but only to gain strength to leap forward. In order to understand where this leap might lead, the EU has taken a pause and has launched the Conference on the Future of Europe, a kind of virtual agora where all European citizens are encouraged to give their opinion on the issues that matter to them and affect their daily life. The objective, as stated by the European Commission, is to offer citizens a greater role in shaping EU policies and aims.

The Joint Declaration offers a non-exhaustive list of possible topics to address during the Conference, such as health, climate change, social justice, digital transformation, the role of the EU in the world and how to strengthen the democratic processes that govern the EU.

The Conference is subject to the authority of the three institutions spearheading the initiative –the European Commission, the Council of the European Union and the European Parliament–, each represented by the corresponding presidents. An Executive Committee will soon be created, representing the three institutions equally and in which the national parliaments will be granted observer status. The Executive Committee will oversee the work of the Conference and prepare the plenary sessions.

From here on, in all Member States and at all levels (national, regional and local), conference-events open to the public will be held both in-person and virtually, in light of the importance of social distancing measures and restrictions in the context of the pandemic. In addition, the multilingual digital platform has already been designed in such a way whereby citizens can actively participate.

A leap into the unknown

On this matter, Victoria Martín, journalist and author of the book Europe, a Leap into the Unknown (Peter Lang AG), believes that the EU has envisaged this conference without a particular agenda in mind, truly open to changes in treaties to incorporate new powers, or to new forms of democratic participation. Her book offers an in-depth look into the past, and masterfully explains the founding fathers’ idea and hints at what they might think now if they were here today.

The inheritance of the founding fathers is the principle of “community”, which consists in putting the common good before national interest

“A leap into the unknown is the phrase that Schuman used in his declaration on May 9, 1950 to present his Coal and Steel Community project –explains Victoria Martín–, because it is up to each generation to decide how to continue advancing towards integration. What the founding fathers of the EU left us is the method, the Community method, which goes beyond the common denominator, because it proposes members to think of the whole beyond the sum of their individual interests.”

It was a path towards a project, continues the author, which was conceived with the aim of putting the common good before the national good. The goal was a union which sought to go beyond international treaties, because the right to veto these paralyzes them, and therein lay the failure of the League of Nations in preventing World War II. And this path had as its fundamental basis a “Community” method to, in this way, ensure peace and solidarity among the members of the Community.

Victoria Martín points out that it was the personalist philosophers, and especially Jacques Maritain, who influenced the choice of the name “Community”. These philosophers proposed building a society in which each person, with his or her absolute and transcendent dignity, can be fully realized. And for this you need a community. “Robert Schuman defines ‘community’ using the words of Saint Thomas Aquinas: It has the common good as its goal. The good of one is the good of all, and vice versa.”

From community to union

However, the Maastricht Treaty (1992) introduced the name of the European Union for the first time, in parallel to that of “communities”. And the Lisbon Treaty (2007), which is the treaty currently in force, definitively closed the “communities” chapter. Now, only the Union exists legally, though we continue to speak of “Community Law” and “Community citizens”.

Unlike a federation (such as the United States), a community is like a family, Lamassoure explains: a family of peoples. No one loses their own identity in a family.

But to continue along this path of “community”, of family, and to strengthen solidarity among Europeans, teaching European History remains an outstanding issue.

One of the reasons for the reappearance of nationalism, xenophobia, populism, and violence in democracies throughout the world is an overwhelming ignorance concerning history and a severe lacking when it comes to passing on values, continues the president of the Jean Monnet Foundation.

“The education system must be strengthened and equipped with tools so that in this era of digital and informational explosion, the new generations are prepared to able to put into question what is in place, to help them separate the wheat from the chaff, the good from the bad, the ephemeral from the transcendent.” History, in this regard, plays a fundamental role, adds Cox.

Victoria Martín also agrees on this. Schuman in 1962 understood that the most pressing issue was to change the history books, to tell a shared story, one which is, in this way, much more beautiful. We could say that the founding fathers “did not envision History’s end”: rather, they conceived a “method” to allow others to continue their work and decide accordingly on the challenges that arise. It is a project that is not finished, and perhaps, now, the Conference on the Future of Europe will have to draw up the guidelines.

The Conference on the Future of Europe could be the occasion to take advantage of this current crisis, recognized by all European players, and transform it into the leap towards the common good that the founders of the first communities dreamed of.